Amid rising tensions between the Washington and Pyongyang, North Korea’s ruling party released a statement April 20 threatening to obliterate... 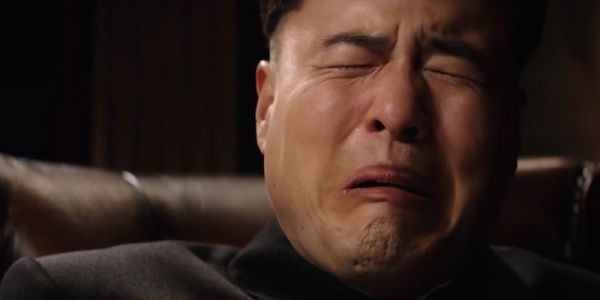 Amid rising tensions between the Washington and Pyongyang, North Korea’s ruling party released a statement April 20 threatening to obliterate the United States, South Korea and their allies in the West in a “super-mighty preemptive strike”— again.

Despite the fact that their weapons programs remain, well, pitiful, North Korean leader Kim Jong Un has a long history of saber-rattling, sometimes making multiple threats a day that he’ll bring about nuclear winter and the demise of mankind.

Obviously, we’re all still here, and so is Seoul. But as hollow as Pyongyang’s dramatic threats have been, they’re still pretty entertaining. We decided to rank our favorite ridiculous threats to come out of the “hermit kingdom” over the last few years.

6. North Korean officials to “imperial” Americans last March: “We will not hesitate to slap them…”

“…with a preemptive nuclear strike.” The video was a response to new United Nations’ sanctions. In addition to promising nuclear smackdown, the video depicted a computer-generated attack on Washington, D.C. To be fair, no one was worried. This happens like once every three days.

In 2014, Sony Pictures did the unthinkable. They called it “The Interview,” a satirical buddy film about Seth Rogen and James Franco trying to assassinate Kim Jong Un. The movie was so controversial that Sony decided not to release it in theaters, for fear that it would spark terrorist attacks. But that didn’t stop North Korea from reportedly hacking Sony’s database and sharing some pretty embarrassing information. Because we all know, smearing the reputations of celebs and movie producers is a real blow to “American imperialism.”

After witnessing an anti-chemical warfare exercise in South Korea in April 2013, North Korea declared that it had entered a state of war with South Korea. It also called the America a “boiled pumpkin.” I didn’t realize the United States was basically what happens when you leave a jack o’lantern on your porch until December. On behalf of all Americans, I would just like to apologize for being a smelly, soggy pile of orange squash.

“China is the one, the only one, that can control Kim Jong Un, this crazy fat kid that's running North Korea,” Vietnam POW and Republican Arizona Sen. John McCain said in March. This comment, North Korean media said, was essentially a declaration of war. “Hardline conservative lawmakers of the U.S. Congress have dared to take on our greatest dignity,” a DPRK spokesman said. “It is the most hostile expression about our ideology, system and people, and a severe provocation equivalent to a declaration of war.”

It’s been almost a month since McCain dared to insult the supreme leader, and I haven’t really seen its military storm any beaches or drop any bombs. McCain, for his part, responded to the flap in the McCainest way possible:

What, did they want me to call him a crazy skinny kid? https://t.co/Ym3juRfBev

2. North Korea threatened to turn an island in South Korea into a “sea of fire.”

In 2013, frustrated over a new round of international sanctions, Kim Jong Un gave his soldiers a pep-talk about turning South Korea's Baengnyeong Island — the site of several past testy north-south clashes — into a “sea of fire.” The dear leader reportedly told his troops: “Once an order is issued, you should break the waists of the crazy enemies, totally cut their windpipes and thus clearly show them what a real war is like.” Obviously, this plan never came to fruition. But I don’t know why anyone would complain about a fire island. New York has one, and I’m told it’s a lot of fun. You might even say, “It’s LIT.”

So… this week has been fun.The most recent, and perhaps most ridiculous threat to date came through on April 20. Secretary of State Rex Tillerson said this week that the United States was looking into ways to roll back North Korea’s nuclear program. North Korea’s leading communist party paper didn’t take kindly to that. “In the case of our super-mighty preemptive strike being launched,” the mouthpiece said, “it will completely and immediately wipe out not only U.S. imperialists' invasion forces in South Korea and its surrounding areas but the U.S. mainland and reduce them to ashes.” Look, I know it was 4/20, and weed is awesome, but maybe don’t get super-mighty high before you threaten to reduce the world’s most powerful country to ashes?