Is North Korea’s Dictator Really Smoking Next To This Liquid-Fueled ICBM?

Kim Jong-Un, the irascible supreme leader of North Korea who may or may not be a chipmunk disguised as an... 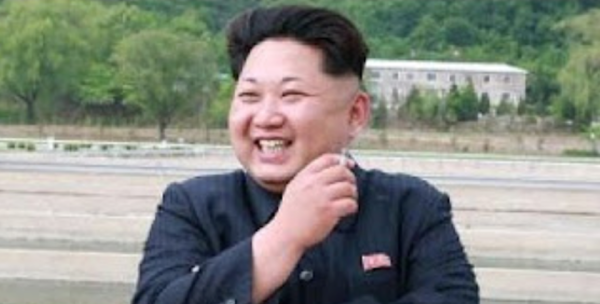 Kim Jong-Un, the irascible supreme leader of North Korea who may or may not be a chipmunk disguised as an oversized human baby with an expensive haircut, is pretty much earth’s biggest Dennis the Menace — except, instead of a slingshot, he’s armed with a stable of ruthless assassins and an intercontinental ballistic missile that might be capable of reaching Alaska.

Crucial to Kim’s menacing image is his habit of regularly appearing in photos and videos alongside the weapons in North Korea’s arsenal. It’s a way of remind the world that his little finger is always on the trigger. That might not be such a good idea. See, Kim is a smoker. He’s also a bit reckless. As evidence, we present you this short video clip, in which the 33-year-old dictator can be seen puffing a cigarette just a few feet from an untested, liquid-fueled rocket engine:

Kim Jong-un just casually strolling around while the Hwasong-14 ICBM is erected is quite something. (Wouldn't want a VIP that close.) pic.twitter.com/a3FDIenZYU

While the chances of a cigarette igniting rocket fuel are low, it’s not a gamble anyone in their right mind would want to take. Missiles are expensive and explosions hurt. And, as Business Insider notes, liquid fuel is “volatile and dangerous in even the most controlled settings,” which is why today the U.S. uses the solid stuff to power its rockets.

But is anyone going to tell Kim to take his cigarette break somewhere else? Of course not. Nobodyputs baby in a corner. Nobody.