Watch These Santas Get Destroyed By A Hardcore Drill Instructor

Christmas is just around the corner, and you know what the means — Santa Claus is coming to town. And... 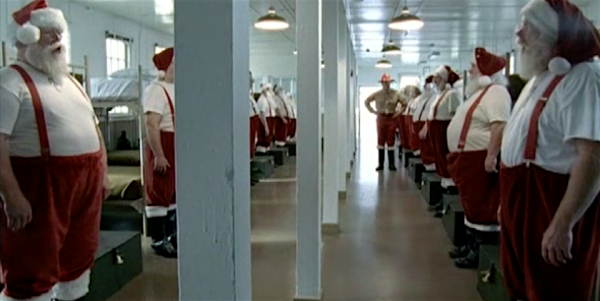 Christmas is just around the corner, and you know what the means — Santa Claus is coming to town. And who better to ensure they’re held up to Christmas standard than a drill instructor?

In the ad that was apparently produced for Sky TV Italia, a drill instructor, dressed in what appears to be a Marine Corps khaki uniform, but with red pants, trains a platoon of Santas for Christmas Eve. He describes them as “big, fat, and old,” and discusses the trials that the men must endure in order to become jolly old Saint Nicks, including being forced down tiny chimneys and standing in front of a high velocity snowblower.

The training is intense, he says, adding, “Some of these guys turn on each other. It gets pretty ugly.”

From what we could find, the ad, titled “Santa Claus Academy” and produced in 2007, and directed by Harald Zwart, the Dutch-Norwegian director best known for directing the 2010 version of “The Karate Kid.” It’s unclear whether the spot was ever broadcast.

Watch the complete spot below.