On June 14, New York Daily News published an article by journalist Gersh Kuntzman in which he describes his experience … Continued 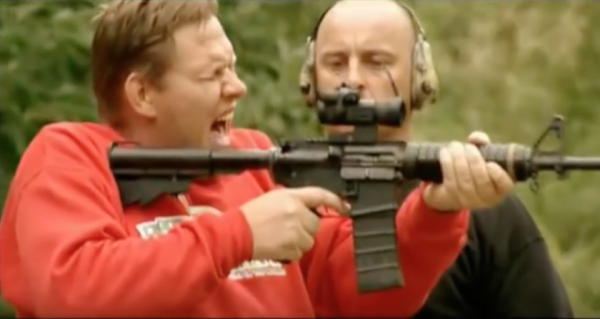 On June 14, New York Daily News published an article by journalist Gersh Kuntzman in which he describes his experience shooting an AR-15 at a gun range in Philadelphia with the goal of helping readers “better understand the firepower of military-style assault weapons.” The article, titled “What is it like to fire an AR-15? It’s horrifying, dangerous and very very loud,” went viral, and not because it achieved its purpose, but because it utterly failed to do so.

One could easily argue that Kuntzman’s claims that shooting an AR-15 “feels like a bazooka — and sounds like a cannon,” and that the experience gave him a “temporary form of PTSD” have done more to hurt his cause than help it. By grossly distorting the experience of shooting an AR-15, Kuntzman only reinforced stereotypes of gun control advocates as delusional crybabies — and this in the aftermath of the worst mass shooting in American history.

Virtually every person who has served in the U.S. armed forces since Vietnam has fired the AR-15’s military-grade cousins, the M16 and M4, and therefore understands that the experience of shooting that weapon is neither “horrifying” nor “very, very loud.” The response from the veteran community has been brutal and hilarious. Someone — who may or may not have been a Task & Purpose reader — even went so far as to edit Kuntzman’s Wikipedia page to include this:

But of everything we’ve come across so far, nothing tops this reenactment of Kuntzman’s traumatizing experience at the gun range, which was just posted to YouTube under the title “Shooting an AR15, a ptsd creating event.” Oscar material? We’ll let you be the judge. Take a look.