"I’m ready to serve this country as best I can." 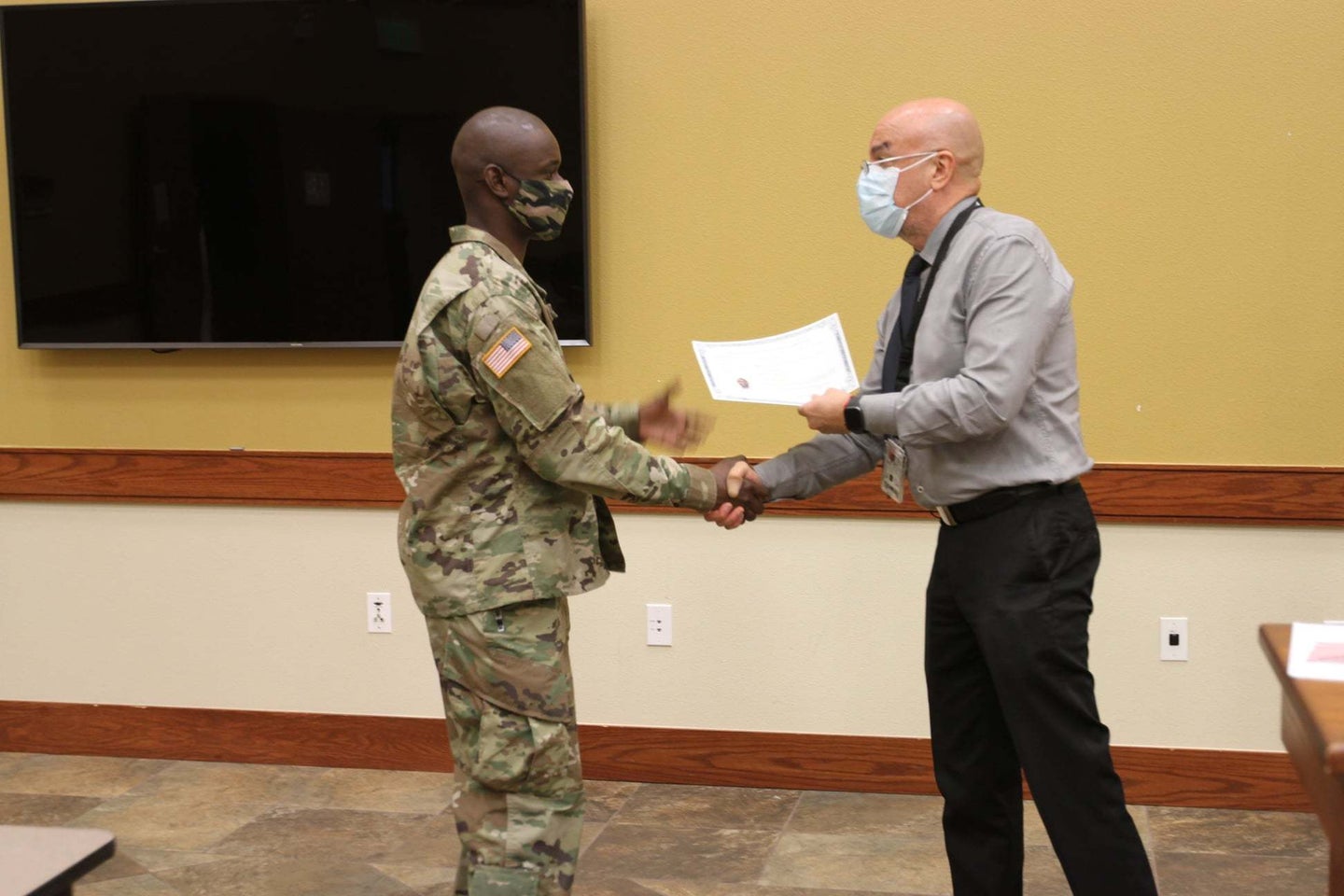 “The Army has been something I have wanted to do since I was a little kid,” said Sey. “Today means a lot to me, seeing everybody here in support of me. I’ve never felt this included in anything, but seeing everybody here made me feel like I belong and I’m ready to serve this country as best I can.”

Sey is originally from West Africa. He would occasionally visit family here, and chose to make the United States his home in 2011.

“In 2011 I settled down and enrolled in college. That’s when I really made it a home. Prior to that I would just visit and see my family and then go back,” said Sey.

Once Sey decided to join the Army, his parents were less than thrilled, he said.

“My parents didn’t want me to join,” said Sey. “The Army back home is really rough and they didn’t want me to go through that. But once I was here, I was on my own. I went to basic training without letting them know until I graduated. Looking back at it now, I’m glad that I did. I am one step ahead of my peers back home just for serving.”

Sey recently deployed with 2nd Brigade, 1st Cav. Div., on their rotation to Germany and returned earlier this year. The path towards citizenship, application and paperwork, started before the brigade left.

“I think it’s important that we were all here today because it shows our support for Spc. Sey,” said Sgt. Dalton Stewart, a tank commander in A Co., 1-8 Cav. “We’ve watched him go through this whole process. The platoon helped him study while we were deployed to Germany.”

Members of the platoon could see how passionate Spc. Sey was about earning his citizenship, and how much he really wanted it.

“Seeing it come full circle really means a lot to me and I am proud of him,” said Stewart. “Spc. Sey has some of the best work ethic I’ve ever seen in a Soldier.”

“He is one of the hardest workers I have ever met,” said 2nd Lt. Weston Vekasy, a platoon leader assigned to A Co., 1-8 Cav. “Whenever he is given a task he is always leading the charge to get it done. It really helps to improve the morale and culture of the platoon when we have guys like him that are so positive and want to be here.”