The path from immigrant, to soldier, to officer

"I always wanted to give back." 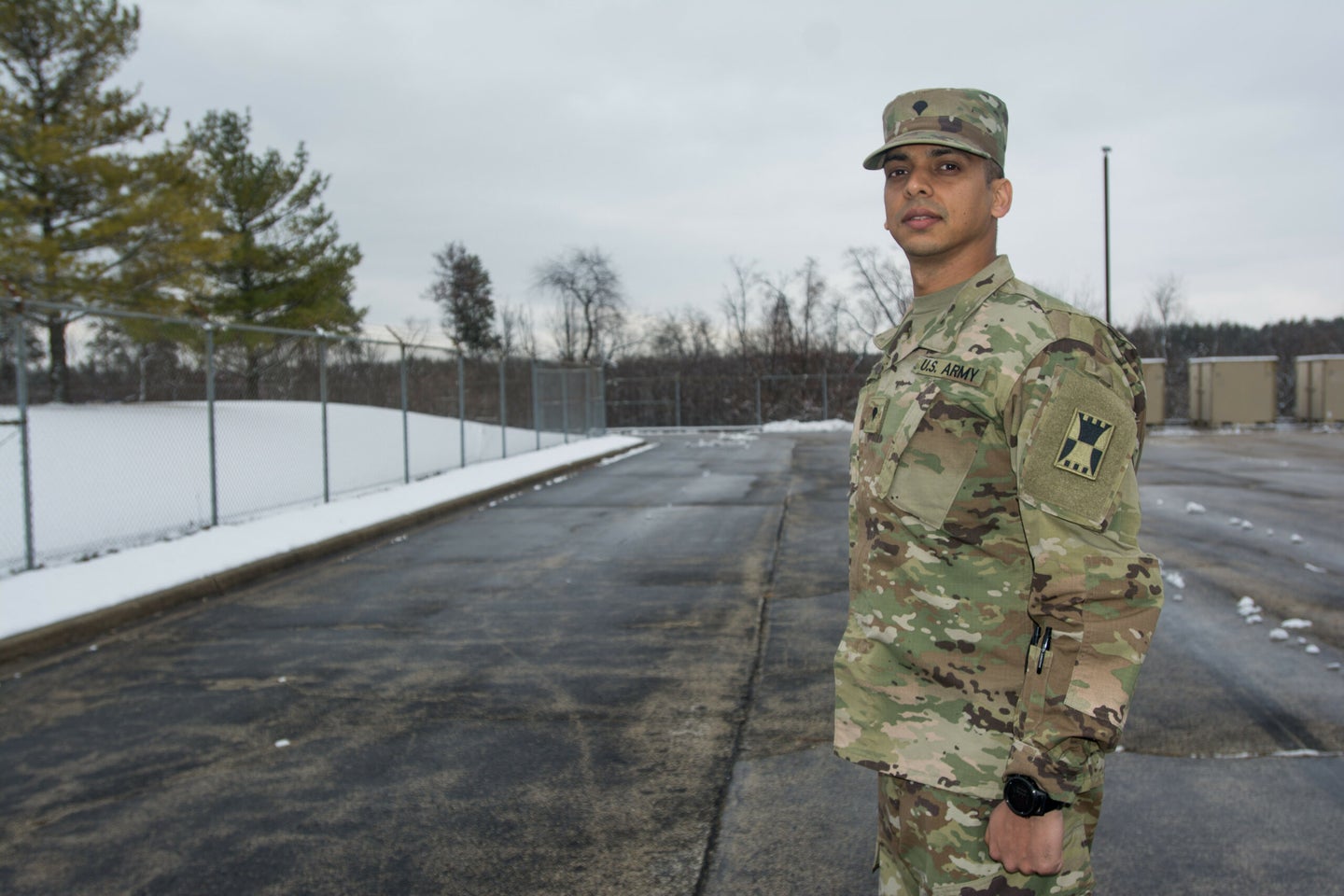 Spc. Abhinav Johri, a combat engineer (12B), at Battle Assembly with the 416th Theater Engineer Command on 4 Jan. 2020.
SHARE

It is the first battle assembly of the year on Jan. 4 with the 416th Theater Engineer Command, and Deputy Commanding General, Brig. Gen. Michelle Link calls Spc. Abhinav Johri to the front of the formation. He’s not being promoted or presented with an award, yet the Soldiers in formation are wondering why he is ordered to the front.

Johri was born in Dehradun, India, where he attended the National Institute of Technology Karnataka and earned a bachelor’s degree in Mechanical Engineering. He then moved to the United States to earn his master’s degree at Ball State University in Muncie, Indiana.

While pursuing his studies at Ball State on a full scholarship, he said felt the need to fulfill a bigger purpose. “I always wanted to give back when I was required, and joining the Army Reserve was a great opportunity for me,” said Abhinav.

Joining the Army was not an easy task at the time, being a non-citizen on a student visa. “It took me a long time. I wanted to join in 2016 when the MAVNI [Military Accessions Vital to the National Interest] program closed down.” MAVNI allowed non-U.S. citizens to join the military, once enlisted these Soldiers can expedite their citizenship.

Certain non-citizens where able to enlist in the military without having to go through the lengthy process of obtaining a green card, officially allowing them to live and work permanently in the United States. However, acquiring the Green card for Abhinav did not provide the entry he had hoped. “As soon as I was going to give my Military Entrance Processing Command the green guard, it was placed on hold. It could not be used to join the Army.”

The additional vetting processes enacted by Department of Defense at the time presented another obstacle for Johri. He had to go through a screening that delayed enlistment; for some MAVNI recruits this screening procedure took years. “And then six months later I had to go through a background Level 5 security check that took eight to nine months, so I had to be really patient to join the Army.”

In 2018 he was able to finally sign his Army enlistment contract and attended Basic Combat Training (BCT) in January 2019. Living the Army values of duty made him proud, he said. “Honestly I felt like a citizen since I joined and wore the uniform. In my heart I was a U.S. citizen, but on paper, for sure, it made a difference.”

And it made difference standing in front of the formation. Soldiers stood listening to Link, inform them of how, on Jan 2, 2020 Spc. Abhinav Johri officially became a U.S. citizen. Now, only the sky’s the limit. “I always wanted to apply for Officer Candidate School [OCS] and serve in a position where my skills can be utilized to the maximum. I feel really happy and proud to be in the Army and be a U.S. citizen.”