I’m a professional pilot by trade. I get to jetset all around the world to cool and exotic places, eat... 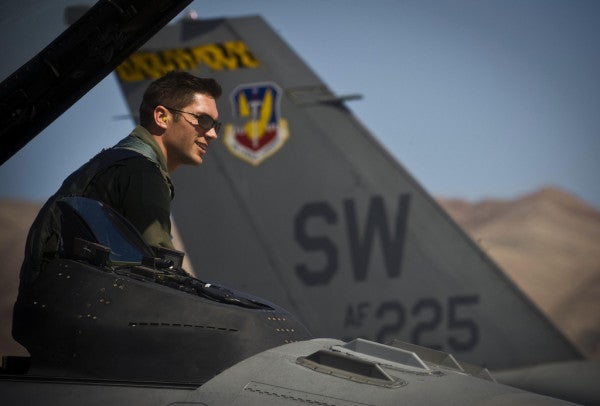 I’m a professional pilot by trade. I get to jetset all around the world to cool and exotic places, eat new and interesting foods, meet a myriad of different people and generally live the life of James Bond minus the car chases and the explosions — although those do happen more often than you‘d think. But through all its wonder and amazement, the life of a pilot can be rather difficult. Don’t get me wrong, if I had to do it all over again I absolutely would stand by my decision, but there a few things I wish I had known before embarking on this journey.

1. There are a ton of pilots around the world.

I never realized just how many pilots there are. Granted, I know the actual percentage of pilots compared to the global population is exceedingly small, but I still can’t believe how many pilots there are. And I’m not just saying this because I’m in the aviation community and I deal with a lot of other pilots, but there are a large number of people out there who know how to fly a plane. Everywhere I go to around the world, I will run into people who either are pilots, to some degree or another, know a pilot, are related to one, used to be one, etc. And I find this awesome. I couldn’t be happier knowing the supposedly niche community I’m a part of has a much larger base than I once thought. I was more pleasantly surprised than one of those guys on Jerry Springer finding out he’s not the father of some crazy lady’s kid on national television.

Related: 8 things I miss about the Marine Corps »

2. With that said, there are also a lot of “pilots” around the world.

For every pilot I meet, I am guaranteed to meet a “pilot.” Just because you took an intro class in a Cessna 172 or Piper Cub, and maybe even solo’ed that little prop plane, does not make you a pilot. I’m sorry. Just because I drive my car recklessly fast and put a lot of innocent lives at risk doesn’t make me a racecar driver. More likely I was late to something because I lost track of time.

3. Everyone wants to know what time it is where you are and you have no idea.

Time zones are trickier than a girl’s bra to a 14-year-old boy. And can be harder to understand than a girl’s emotional mood swings to any guy ever. For instance, Spain is two hours ahead of England time zone wise, but technically further west, making the sun set in England before it sets on Spain, despite the fact that it is earlier in England. Also, China spans five time zones; but it uses China Standard Time, which is all one time period. It’s the same time in western China as it is in eastern China. The only reason I know these things is because I’ve been to these places recently. However, whenever I go somewhere new, I generally don’t bother knowing the local time is going to be there, I just care about whether it will be day or night, so I know what the runway will look like when I have to land there. With that said, no matter where I am in the world, whenever I contact my friends and family back home, they all ask the same question, “What time is it there?” And unless there’s a clock with local time handy, I have less of an answer than why Dubstep is considered music. In the aviation world, we follow Zulu Time, which is the standard internationally accepted times for anything spanning multiple time zones. Local times mean less to us than TV schedules do to someone with a home DVR. They can watch what they want on their own free time.

4. It’s impossible to make plans and stick to them.

If you were to describe my schedule as slightly volatile, then you could also describe a world-ending meteor as slightly devastating, or the movie Gingerdead Man as slightly terrible. In a given month, I am gone somewhere between two and four weeks, six to nine months a year. This wouldn’t be so bad if it were something along the lines of being gone the first and second week of every month, or the 1st through the 20th of every month, or just being gone every other month. But that’s not how it works. It’s more common for me to fly Tuesday through Sunday, have Monday off, then fly Tuesday through the following Wednesday, have Thursday and Friday off, fly Saturday through Monday, have Tuesday through Thursday off, etc. Do you realize how difficult it is to plan anything with a schedule like that? I don’t even know what weekends are anymore. You know hard it is to have a normal social life without a normal weekend off every now and then?

Trash collection in my neighborhood is every Wednesday morning at 6 am, which means I’m putting my trash out on the curb every Tuesday night. I’ve gone entire months without being home for a Wednesday morning to send my trash out. Most satellite, cable, or Internet providers take about one to two weeks to come out and upgrade or fix your system. I don’t even know what I’m doing in two days let alone two weeks, and because of this, I’ve been trying to upgrade my TV service for about six months now. It certainly makes what should be a routine activity almost as difficult as refusing a dare when you’re drunk. But chin up; it’s not all bad, because all these other pilots in the world not caring what time make for the perfect career for round-the-clock drinking.