Created in 1790, the Coast Guard is the smallest of the five armed services, the least funded, and the only... 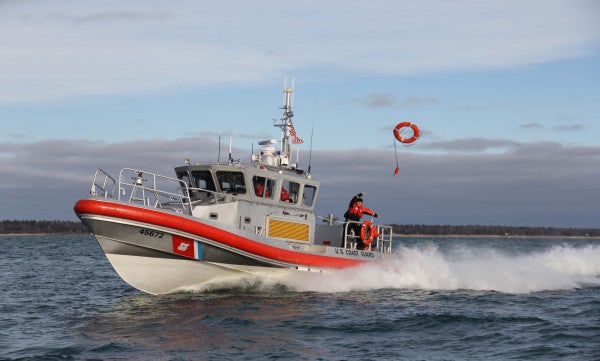 Created in 1790, the Coast Guard is the smallest of the five armed services, the least funded, and the only one not a part of the Department of Defense. As it stands today, the Coast Guard is the child of five former agencies of the U.S. government, which included the Revenue Cutter Service, the Bureau of Navigation, the Lifesaving Service, the Steamboat Inspection Service, and the Lighthouse Service, which is how the Coast Guard derives its 11 unique missions including search and rescue; icebreaking operations; and law enforcement. All of these factors help set Coast Guardsmen apart from the members of any other branch.

Here are six reasons that why the Coast Guard and its sailors stand apart.

The Coast Guard has long been known as a humble service. Men and women who save more than 3,400 lives a year and millions of dollars of assets annually are simply doing their job. While it is bad form to call the average soldier a public servant, the Coast Guard can set the machismo aside and say, and quote their service’s ethos saying: “I serve the people of the United States.”

As with any person who has had to make money stretch to make ends meet, resourcefulness is a huge part of any Coast Guardsman’s experience. The Coast Guard has the smallest budget of the five armed services, but the day-to-day missions that include having hundreds of cutters in the water, thousands of small boats patrolling smaller waterways, and helicopters performing missions both routine and dangerous quickly adds up. Coasties learn to do more with less — including making necessary repairs without much needed tools and supplies on occasion.

The amount of time that the Coast Guard spends with the public is above and beyond any other branch. Most of the missions involve direct involvement with civilian mariners, both recreational and commercial. From vessel inspections to sea condition reports and mayday calls, every mariner will eventually come in contact with the Coast Guard in some way.

4. On the water? No warrant required.

The Fourth Amendment is one of the most fundamental rights held by Americans, but due to the Revenue Cutter Act of 1790, the Coast Guard does not require a warrant or probable cause to board and search a vessel. Due to the nature of the Coast Guard’s place in the Department of Homeland Security, they can also board a foreign vessel without another country declaring an act of war, unlike the Navy, which is subject to the Posse Comitatus Act. Maritime enforcement specialists lead these roles within the Coast Guard, and the rate is not seen in any other branch of the military.

6. Disaster response is our bread and butter.

While people often think of the National Guard as principle responders to large scale disaster events, the Coast Guard has shown its rapid response capabilities and versatility during major disasters like the Sept. 11, 2001 terror attacks and Hurricane Katrina.

After the attacks on the morning of September 11, 2001, the Coast Guard not only lead the evacuation of more than 500,000 confused and terrified citizens from Manhattan, but they immediately secured the waters around New York City to protect against any further attacks that may have occurred. After the attacks, Commandant Adm. James Loy and Master Chief Petty Officer Vince Patton ordered a cleanup of Trinity Church, the burial place of Alexander Hamilton, the first secretary of the Treasury and father of the Coast Guard.

During Katrina, the Coast Guard saved more than 33,500 people stranded on rooftops and threatened by flood waters. Due to the confidence and experience that Coast Guard crews had in the unpredictable realm of rescue operations and unified by service-wide standardized operating procedures, Coast Guard pilots and aviation crews were able to successfully work together regardless of where they were stationed.