CareerCast, an online job database, ranked being in the military as an enlisted service member as one of its worst... 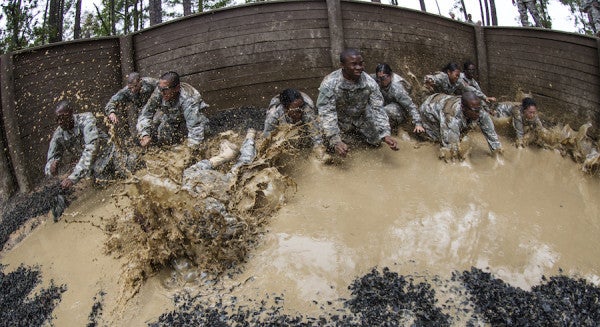 CareerCast, an online job database, ranked being in the military as an enlisted service member as one of its worst jobs of 2016.

The ranking was determined by analyzing each job's annual “jobs rated” score, median salary, and growth outlook. To find the 200 best and worst jobs, CareerCast took into account environment: emotional, physical and hours worked; income: growth potential and salary; and outlook: employment growth, income growth potential, and unemployment. The group also factored in 11 stress factors to score which professions are among the most and least desirable.

Weighing in at 196 — 1 being the best job, and 200 being the worst — enlisted military personnel was indexed as the most stressful position in the report. Additionally, its environmental score ranked 199, beating only that of a firefighter.

“Declining employment opportunities contributed to the inclusion of many of the 10 worst careers in the 2016 Jobs Rated report,” said Kyle Kensing, online content editor for CareerCast.

However, concerning the military, the system failed to take into account motivation for selecting this career path, and the fact the growth outlook is not applicable in the field.

According to the list, the only jobs worse than enlisted military in 2016 are disc jockey, broadcaster, logger, and newspaper reporter.