How To Ensure A ‘First Time Go’ At Ranger School 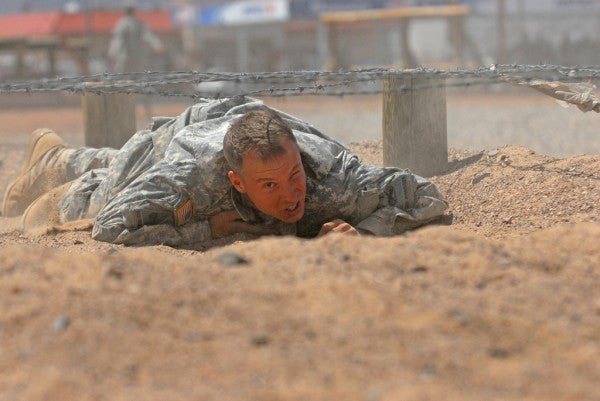 In the regular Army, there’s one school that stands out from all the others. One school that guarantees you an audience with your boss on favorable terms, that immediately establishes you as a person worthy of respect. A school with no ranks, no preferential treatment, no “double standards,” where everyone is subject to the same terrifying ordeal: Ranger School. Fifty percent wash-out rate. Two months of pain, torture, humiliation, sleep deprivation and hunger for the 20-25% of the candidates who make it through without recycling. More months for everyone else.

I was one of the lucky few who got through without recycling — “first time go” — and I’m happy to share insights into the process, including how to effectively prepare for each phase. It wasn’t always easy. I almost received a serious observation report, or “SOR,” on the Darby obstacle course, which would have automatically dropped me from Ranger School; was voted one of the three most expendable people in my platoon during Forest Phase, placing me in danger of recycling or getting kicked out; recycled knots in Mountain; and almost received an SOR again on the final night raid at Santa Rosa Island when I charged and took an enemy position single-handedly. But I learned from each of my mistakes, observed the failures of others, and managed to make it through alive and in one piece.

Over the next four installments, I will share recollections and advice on how to make it through the school and take one’s tab. As the details of the tests and challenges change over time, readers should not take this as an exhaustive how-to manual; rather, as a flexible framework around which to construct a physical and psychological profile that will maximize your chances of surviving contact with the enemy — in this case, Ranger instructors.

Related: Surviving Pararescueman Indoc is easier than you think »

There are plenty of excellent resources that detail how the physical preparation for Ranger School. I did little work outside attending the Infantry Officer Basic Course, which has a different name now, but the same basic purpose: preparing infantry officers to lead infantrymen in combat at the team, squad, and platoon level.

The course was sufficient to prepare me to ace the Ranger PT test. Today that includes 49 perfect push-ups, 59 perfect sit-ups, six chin-ups, and a five-mile run in under 40 minutes. There is a rudimentary swim test that you must pass as well, which resembles the test you undergo in basic training, Officer Candidate School and IOBC. Furthermore, IOBC involved regular ruck marches of varying lengths with heavy packs and at speed — another critical component of preparing for Ranger School. Physical suitability for Ranger School is an absolute must, a baseline. I know of no weak Rangers. If you cannot endure the physical challenge of Ranger School, you will fail. People with inadequate intellectual and emotional resources might squeak by with their tabs, but those with weak legs, knees, ankles or shoulders will not.

If you possess the physical capability to meet or exceed those minimum standards, you will have a good chance of passing Ranger School.

I found it useful to imagine myself failing and succeeding. Becoming comfortable with the idea that I could recycle a phase, and it wouldn’t be the end of the world. Meanwhile, absolutely owning the truth that I was a Ranger who deserved to wear the tab. Various motivational speakers talk about the importance of visualizing victory, and you must do that — I also found it useful to visualize defeat, to comfort myself that the worst-case scenario was not unpalatable. Emotionally, in war, this becomes a key part of enduring defeat or loss and still moving forward toward victory, and Ranger School is a good place to begin honing that skill.

The next most important way to prepare for Ranger School is a candid assessment of your flaws and weaknesses. Ranger School will expose your flaws to everyone, and if you aren’t aware of them yourself, the thirtieth consecutive hour without sleep, starving, during a leadership evaluation on an ambush line is not the moment you want to discover that, for example, you’re impatient. Confronting weakness is difficult, but allows you to become familiar with mechanisms necessary to compensate for those shortcomings. Ultimately, that’s not only important for Ranger School, it’s part of being a good leader and a functional adult. I encountered many leaders outside Ranger School who displayed little or no self-awareness, and while it wasn’t pleasant to work for them or be around them, this did not prevent them from taking their Ranger tabs or leading soldiers in combat.

The final way to prepare for Ranger School, which is the least important, is intellectual. Read the types of tests you will need to pass. Familiarize yourself with call for fire missions, radio protocol, land navigation, and the theory behind small unit tactics — you don’t want to have to learn any of these tasks while struggling to stay awake in a Ranger School classroom. The good news is that everything in the Army infantry was designed for someone far less clever than yourself, and tested under the most distressing circumstances imaginable. Others have mastered these tasks, and with effort, you may, too. Just do it before arriving.

If you’re physically fit, intellectually prepared, and emotionally steady, it will be simple to pass the first challenges and tests in Ranger School, the Ranger Assessment Phase. After passing those trials, you’re ready to make the 12-mile ruck from Camp Rogers to Camp Darby and into the Forest Phase of Ranger School. This is where the real challenge begins.