How Military Millennials Can Show They Are Not Lazy, Entitled Snowflakes

At last, something Old Guard military leaders and the mainstream media’s self-appointed experts can apparently agree on: Millennials are lazy, … Continued 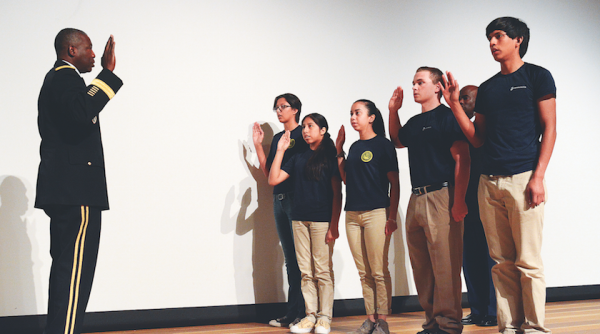 At last, something Old Guard military leaders and the mainstream media’s self-appointed experts can apparently agree on: Millennials are lazy, entitled participation trophy-seeking snowflakes. If you’re a member of this maligned generation, you’re likely to disagree. If you’re in the service, you’re likely to have to work a little harder to get your respect.

According to Mike LaFeve — a retired Air Force colonel who served for 22 years — millennials’ motivations to join the military are the same as every other generation, and it would be a mistake for the leadership to dismiss them as weak. Still, millennials need to take it upon themselves to prove that they are not part of the “worst, most entitled, most spoiled generation in the history of humankind.”

After serving in special operations with multiple combat deployments to Afghanistan and Iraq, LaFeve spent three years developing young service members into officers and has firsthand experience working with millennials. Task & Purpose spoke with him to get some advice for those that want to succeed in the military.

1. Embrace the selflessness of the military.

Millennials are not inclined to take on jobs that don’t hold greater meaning or purpose for them.

According to Gallup, “They look for work that fuels their sense of purpose and makes them feel important. Seventy-one percent of millennials who strongly agree that they know what their organization stands for and what makes it different from its competitors say they plan to be with their company for at least one year.”

Everyone can be selfish, LaFeve admits. But in the military, there isn’t exactly room for that.

“It’s not about you,” he adds. “Service isn’t about you. You have to embrace that.”

He adds that personal success is obviously attainable in the military, but individual reward comes in part by putting all the members of your unit and its missions first

One of the hurdles faced by millennials is their reliance on digital means of communication, and LaFeve says it can hinder their success in military service — particularly in writing.

Although millennials are constantly texting, tweeting, and updating Facebook, the writing skills necessary to succeed in the workplace are lacking. And those in the military are no exception. Brevity, LaFeve said, is what millennials are used to, citing the 140-character limit of Twitter. But effective communication — being able to compose memos and professional emails — is still necessary.

“If they want to spend 20 or 30 years in the Air Force or the military they need to concentrate hard on developing all their communication skills,” he says. “The ability to communicate effectively is part of your skill as an officer, or someone enlisted.”

It’s part of how you are judged as competent, and it’s an essential component of becoming a leader, he says.

“Some of these kids are not accustomed to failure,” he says. “The system they grew up in didn’t acknowledge failure.”

One complaint about millennials in the workplace, LaFeve adds, is that when they are put in a challenging situation, some want to quit. A Deloitte study found that nearly half of millennials did not intend to stick with the jobs for more than two to five years. But in the military, this is not always an option.

When a problem or a challenge arises, “just don’t quit,” he says. “Work through it. Figure it out. Solve it.”

This goes back to communication. In the case of perceived or actual mismanagement, LaFeve suggests that the best way to move forward is to open a dialog with leadership. And experience over time will teach you the limits of questioning authority.

“Everybody gets frustrated,” he adds, “ here is a time for defense but also a time to say yes sir, yes ma’am, and then do that job.”

The feeling of being mismanaged is one that usually has to do with miscommunication, and seeking out feedback from leadership can be a good way to clear the air without being insubordinate.