Parris Island Will Train Marine Recruits From This European Country

It will be the Marine Corps’ first recruiting substation outside the U.S. when it opens in a couple of months,... 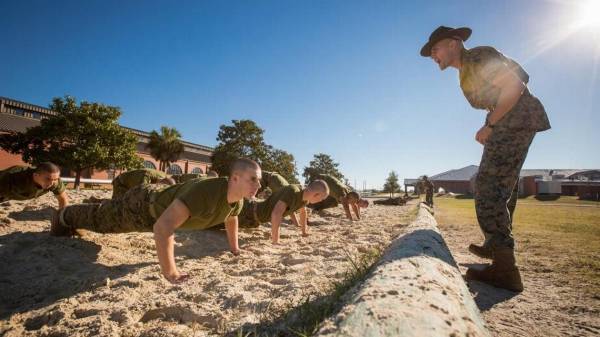 It will be the Marine Corps’ first recruiting substation outside the U.S. when it opens in a couple of months, and the trainees who come through it will eventually end up in the Lowcountry.

The substation will open Feb. 15 at Kleber Kaserne, in Germany, according to the Corps. A U.S. Army base in Kleber — in the Kaiserslautern region of the country — will host the substation.

The area is home to about 50,000 U.S. personnel and their families, according to Stars and Stripes. Only American citizens will be recruited.

“They will come to Parris Island,” Marine Corps Recruit Depot Parris Island spokesperson Capt. Adam Flores told The Island Packet and Beaufort Gazette on Friday, explaining all trainees recruited in Germany will earn the title “Marine” at the depot.

The substation belongs to the Corps’ Eastern Recruiting Region and is attached to New Hampshire-based Recruiting Station Portsmouth, according to Capt. Gerard Farao, spokesperson for the 1st Marine District.

“It’s been in the works for about two years now,” Farao told the Packet and Gazette on Friday.

Gunnery Sgt. Christopher Nieves has been assigned to the station, according to the Marine Corps Times. He told that newspaper: “It’s a market we’re not really in. We’re not really sure how it’s going to go. They proposed it and figured it will save the individuals that are interested a lot of time and money.”

Nieves is the only recruiter in Germany, according to the Times, and he’s also working with prospective recruits in other European countries, such as Great Britain, Spain and Belgium.