12 Leadership Tips That Every Staff Officer Should Live By

Editor’s Note: A version of this article by James King originally appeared on The Military Leader, a blog by Drew... 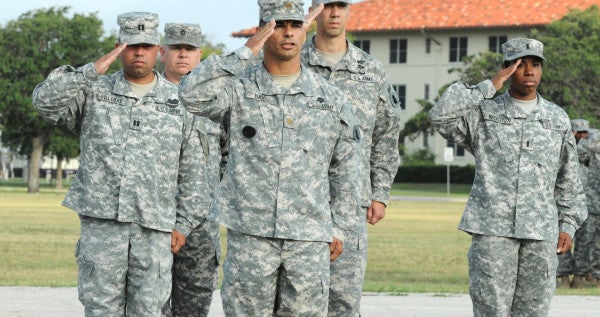 Editor’s Note: A version of this article by James King originally appeared on The Military Leader, a blog by Drew Steadman that provides leader development resources and insight for leaders of all professions.

Staff officers are not often seen as dynamic leaders who are pivotal to a unit’s success in combat. Very few history books are written, and even fewer movies are made, about the exploits of a staff officer who saves the world. They are generally depicted as the bumbling fool or road-blocking bureaucrat who holds the hero back from accomplishing the mission.

That was my impression of staff work when I stepped foot into the headquarters of 4th Brigade, 2nd Infantry Division for the first time back in 2008. As a junior captain, my only previous experience in the Army had been as a platoon leader in a different MOS and as the intelligence trainer on an Iraqi army military transition team. With the minimal amount of experience I brought to the table as a staff officer, I expected to spend maybe a few months on the brigade staff before being sent down to a battalion for some desperately needed seasoning.

Imagine my surprise when I was told that due to a lack of field grade officers, I would not be going to a battalion any time soon. Instead, I would serve as the brigade S2, the senior intelligence officer responsible for providing the commander with a picture of the enemy that allows him to make informed decisions on the battlefield. Additionally, as the senior intelligence officer in the brigade, I’d be responsible for developing the subordinate unit S2s and their soldiers. Fortunately for me (but unfortunately for the unit), my subordinate S2s were all second lieutenants fresh from the basic course.

At this point in my career I had received very little leadership mentoring. I had basic concepts down that enabled me to successfully lead a platoon in places like Fallujah and Mosul. But those were micro-level lessons, like lead from the front, take care of your soldiers and they will take care of you, and don’t ask them to do anything you wouldn’t do. Those lessons, while important, did not translate well to my new position as a brigade staff officer.

The new brigade executive officer, then-Maj. Jody Miller, recognized that most of his staff were junior, inexperienced officers. Bringing us together in the conference room one morning, he provided us with a packet of information regarding how he was going to lead the staff. He reminded us that even though we were on staff, we were still leaders of our sections, even if that section had only one person in it. Within the packet was a document entitled “The XO’s 12 Lessons to Live By.”

1. Anyone can change. Do something different, make yourself better.

2. Set high goals and go after them. Even if you fail, at least you went for it. The road to mediocrity is crowded with people who never tried anything great for fear of failing, and the list of people who did great things without even trying is really short.

3. A person’s ability is often best judged by the work he is assigned. If it’s a tough job, and someone’s got to do it, be thankful you’re the one who is called. Doing the dirty work is a lot better than being thought incapable of success.

4. Some things are worth fighting for. It is a noble thing to dedicate yourself to, and risk one’s life for, the freedoms of another, whether it is those of the American people or those of another country. Be proud of yourself.

5. Lead, follow, or get the hell out of the way. Figure out what it takes to get the job done and take charge, but know when to fall in line too.

6. Win the hearts and minds. Leading is not pushing or pulling, but motivating others to act on their own accord. This is much easier if you have the support of those you wish to lead.

7. Expect and plan for the worst and you’ll never be disappointed. It’s easy to become complacent after weeks and months of the same-old same-old. So plan for and prepare for the worst case scenario. You can laugh about how paranoid you are after you get home safe and sound.

8. You go to war with the troops you’ve got, not the troops you wish you had. Anyone can learn with the proper motivation. Train your men well and train them in-depth. Improvise, Adapt, Overcome.

9. Keep your sense of humor. Ours is a serious business, but laughter is the best medicine, preventative or otherwise. So crack a joke, find a reason to smile; there will be plenty of reasons not to later.

10. Confront your emotions. Talk to someone, or offer to listen. Reaching out for help doesn’t make you weak.

11. Be careful what you wish for. You might just get it.

12. People make mistakes. Forgive and forget — train them to be better.

I was able to succeed during my time on that brigade’s staff by taking each of these lessons to heart and remembering that even though I was just a staff officer I still needed to think and act like a leader. I have brought these lessons with me to each subsequent job, including eight years later in the same brigade staff position. This time around, I was a lot more seasoned and experienced for the job.

Even though I have read them hundreds of times, the above lessons hang on my wall where I can easily be reminded that just because you are on a staff, it doesn’t mean you aren’t a leader. Leadership is important no matter what job you are in.

This article, “12 Tips for Showing Leadership During Your Staff Time,” originally appeared on The Military Leader.