The mission of the U.S. Army Reserve Officer Training Corps is to partner with universities to recruit, educate, develop, and … Continued 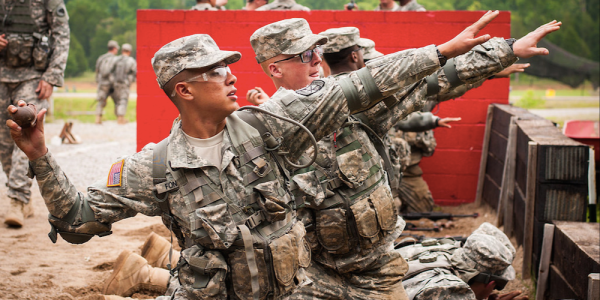 The mission of the U.S. Army Reserve Officer Training Corps is to partner with universities to recruit, educate, develop, and inspire senior ROTC cadets in order to commission officers of character for the Total Army. Critical to the develop and inspire lines of effort is the Cadet Leaders Course, or CLC, a 30-day immersion program at Fort Knox, Kentucky, and a graduation requirement for all ROTC cadets. The purpose of CLC is to allow the cadets to practice and develop small unit leadership skills while solving complex problems in a tactical environment. It is likely to be the single most impactful training event a cadet completes in his or her time in ROTC, and despite some issues with the course and training methodology, there are a few things cadets attending the training can do to maximize the value of their training and development while there.

True, CLC is no longer set up like the old Leader Development Assessment Course model in which cadets are racked and stacked against each other and given forced distribution ratings that impact the score that determines a cadet’s component and branch. It is now a pass/fail course in which failures are typically the result of complete loss of motivation, failure to display Army values (especially integrity or respect), or a pattern of missing training. Some, therefore, may feel the urge to “coast” and may believe that putting any more effort than required to pass yields no marginal benefit. That would be a mistake.

For many cadets, especially those who have no prior service or who do not participate in the simultaneous membership program as a drilling National Guard or Reserve soldier, this is your chance to be immersed in the training of the individual and collective tasks of your chosen profession. If you don’t take advantage of every opportunity available to you to make yourself a more competent and proficient leader, you are in the wrong career and unworthy of the responsibility that will be given to you in one more year.

Related: Dear cadets, being an officer doesn’t automatically make you a leader »

For anyone who has studied organizational management, it is clear that the Army has one of the most vertical and formal hierarchies you’ll encounter. There is no doubt that much of the authority exercised within the Army exists within this structure based on rank and position. But even in this environment, the informal relationships you develop can and will make you an exponentially more effective leader. You cannot establish these relationships without trust. I like Stephen Covey’s model of establishing trust: character and competence, which has been echoed by many other leaders throughout history, to include Gen. Norman Schwarzkopf in his address to the corps of cadets following operations Desert Shield and Desert Storm. You will serve in the same battalion or brigade as one of your CLC platoon mates, or you will command companies together in the same brigade or you will be deployed to the same base in a foreign country at some point in the future. Your informal network will provide you information you wouldn’t otherwise have; it will give you support you wouldn’t have otherwise received (or at least not as easily); and it will open doors for more opportunities for you and your future soldiers. This is one reason why I like that CLC no longer racks and stacks cadets against each other: it encourages more teamwork and collaboration and allows you to view each other as allies, rather than potential adversaries.

You will spend almost half of your time at CLC in the field; you will spend even more than that conducting training outside of the comfort of classrooms or auditoriums. Walking through the woods in the hot and humid Kentucky heat while carrying rucksacks and weapons, scratching at black flies, and worrying about ticks is no one’s idea of fun. Anyone who tells you otherwise is lying. If that’s all you think you’re doing, you’re going to be miserable. So make it real — convince yourself that you’re actually deployed against an armed enemy; the rounds in your magazine aren’t blanks; the enemy will shoot and kill you if you don’t see them first. Depending on what your position is on a given mission, try to imagine what it must be like to be a rifleman, a squad leader, or a platoon leader deployed right now. Here’s your chance to put yourself in their boots and try to feel what they’re feeling and see what they’re seeing. You’ll never know what it really feels like to get shot at until you feel that bullet pass by your head or kick up dirt at your feet, but you can stave off thoughts of a hot shower, hot pizza, and cold beer by focusing on what you’re doing rather than what you could be doing.

This is your chance to find what works and what doesn’t work in a relatively non-attributional environment. Experiment with your leadership style. Are you curious if you can lead your platoon through a mission by only praising positive behavior and not issuing any criticism? Are you curious how many people can be involved in the planning of a mission until the quality of the solution doesn’t get much better, but the time required to get there starts to increase dramatically? Arguably, you will have more opportunities to experiment with your leadership in such a short amount of time than any other ROTC experience you will have. Take advantage of it. But remember, before you form concrete opinions about your peers, they may be experimenting as well. Give them a chance to recover from honest mistakes and learn and grow together.

6. Bring back your lessons learned for future classes.

We may not be perfect at it, but the Army strives to be a learning organization. It’s impossible to be a learning organization by continuously repeating correctable mistakes. As you progress through your training, try to differentiate between small mistakes that individuals make or systemic mistakes that seem to be the result of a training failure. What are the things that everyone seems to be getting wrong or having trouble doing? When you return to campus as the leaders of your programs, what can you do to correct those errors before next year’s class gets to camp? As leaders, you must constantly strive to leave your organization better than you entered it. If you look at CLC as an individual training event, then your focus is too narrow.