A great deal of post-election speculation has centered on issues of American national security. With a president who is relatively... 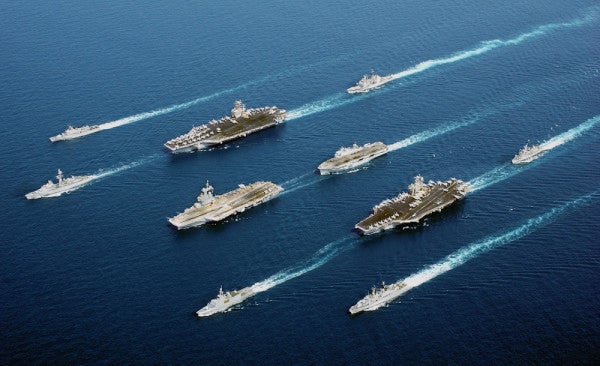 A great deal of post-election speculation has centered on issues of American national security. With a president who is relatively inexperienced in foreign policy, the rise of China’s military, continued global terrorist activity, and heightened Russian aggression, the new administration will no doubt face a number of militaristic challenges in the coming years.

In an interview with Task & Purpose, Eliot Cohen, director of the Strategic Studies Program at SAIS at Johns Hopkins University, said, “It’s really impossible to tell what looks like. It’s important to sketch out to the American people the nature of the world we live in.”

In the foreseeable future, he added, “We’re going to face a multiplicity of challenges. One set from China, one set from jihadis, another from dangerous states.”

In his new book, “The Big Stick” he discusses the limits of soft power by recalling President Theodore Roosevelt’s famous speech from 1901, and the idea that America’s military needs to do more than just speak softly and carry a big stick. It also needs to be willing to use it.

According to Cohen, Roosevelt knew that the U.S. was not going to have a choice about being globally engaged, but we did have the ability to decide how we were going to be involved.

“Roosevelt was the first president to really see that the United States was going to be a global power with global responsibilities,” Cohen said.

We have three wars going on: Iraq, Afghanistan, and jihadi movements, he said, adding, “If Barack Obama, who clearly wanted to disengage us from these wars — and he’s not a pacifist, but he is not a guy who likes war at all — found himself launching the third Iraq war, doubling down on Afghanistan, supporting an invasion in Libya … that’s what you’re watching at work.”

Cohen, however, is not against soft power tactics like the use of diplomacy or sanctions. He more or less believes it is necessary for national security leaders to take a hard look at the limits of it, and to be aware of the present and future need for military action.

“We’re going to have to, to some extent, look back at what has been a more traditional strategic approach, and that is mobilization — that is understanding we’ll never have the power that we need on day one, and that we’ll have to develop it,” he said.

Previously, mass mobilization required the enlistment of millions of people in the form of a mandatory draft. But now, Cohen suggested, it’s more about the mental shift our leadership needs in order to consider the possibility that we will be required to quickly deploy our standing military, to deal with unpredictable and ever-evolving threats.

“This world is getting messier, and more chaotic, and problematic, but it’s not one where I can tell you what’s coming down the pipeline,” he said. “Nobody can.”