‘Game Of Thrones’ Is Full Of Lessons For The Military Community

“Game of Thrones” has captured the public’s consciousness for five years now. Whether through the novels or the HBO series,... 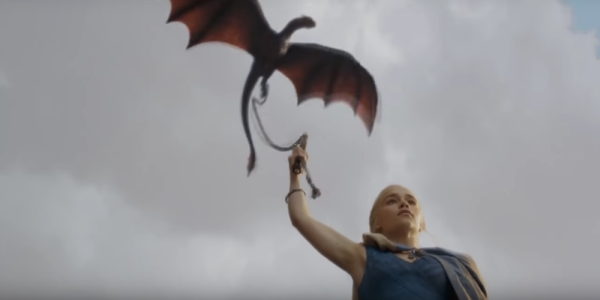 “Game of Thrones” has captured the public’s consciousness for five years now. Whether through the novels or the HBO series, millions have experienced the swords and sorcery epic and wondered, or even fantasized, about living the the world of warfare, dragons, and constantly changing alliances.

The characters in this complex story have a variety of lessons to teach — about character and the military. This column isn’t long enough to give even a partial summary of the plot or main characters.

Military readers and viewers will find much to identify with and learn from. As a veteran, I sympathized the most with the men on the Night’s Watch, the group of men cast aside from society, charged with defending Westeros from the menace from the North. That menace comes from the Wildlings, groups of arctic tribal bands, and from the White Walkers, frozen zombie-like hordes. The threat hasn’t been readily apparent for generations at the beginning of the story, yet the requirement to be ready lies upon this ragtag group of men, all swearing allegiance to a code that demands the greatest of sacrifices from them all. They forswear wives, children, and property for the rest of their lives. They stand watch on a wall, waiting for a day of reckoning that may never come.

This group presents unique leadership challenges. While in days past, the Night’s Watch was an exalted army of warrior-monks, by the time of the story, the group has become a collection of men running from their pasts, running from the law, or running from family troubles. Tough times recruiting mean tough times for leaders — making standards easy makes leadership hard.

The leadership of the Night’s Watch is also of widely varying quality. Some are wise veterans, passing on knowledge and tactics that would otherwise be forgotten. Others are venal bureaucrats, maneuvering for power, trying to be the biggest fish in a small pond.

Their eventual leader, Jon Snow, is a stand-in for many a junior officer. He’s part of the nobility but never a full member — hence his joining the Watch. He has to run a group of rough-hewn, rag-tag troops through battles that no one could have foreseen. His ideals are challenged, both by his love for a Wildling woman and by the need to make an alliance with former enemies to fight the threat from the White Walkers. Still, he doesn’t waver, even if it costs him his life.

Notably, he stands up for his friend, and later subordinate, Samwell Tarly. Outwardly, Samwell is a terrible soldier, but Snow sees an inner wisdom and thoughtfulness in him that others did not. That faith pays off in spades later on. Not everyone’s gifts are obvious. It’s easy for a leader to pick out the top athletes and shooters. It takes knowing one’s people well to be able to spot the diamonds in the rough.

One of the most difficult leaders to admire in Game of Thrones is Tyrion Lannister. He’s a drunken, debauched whoremonger. On second thought, perhaps he’s not that difficult to identify with. He’s not easy to like. He is not physically strong. In fact he is a dwarf who requires another to be his champion in a medieval trial by combat.

Just like Samwell Tarly, his assets are not readily apparent. Even more so than Samwell, he is a deadly adversary. He is likely the smartest of any of the competitors in the game of thrones. His daring and innovative leadership saves his family, House Lannister, at the Battle of Blackwater. He receives no credit. In fact, his upstaging of his relatives in battle brings him nothing but trouble. Nonetheless, after he is eventually rescued from the bottle by some others who may or may not be motivated by idealism, he emerges to be a formidable asset for another leader, Daenerys Targaryen.

When it comes to leaders with problems, no one compares to the steel-willed beauty, Daenerys. Initially a pawn in the game of thrones, subjected to an arranged marriage with a brutish Dothraki warlord, she becomes the strongest leader of the story. Like many leaders, she finds her idealism at odds with the cold realities of a complicated world. Many American leaders have found their missions at odds with local customs in such places as Afghanistan. So does Daenerys, the Mother of Dragons, as she deals with myriad issues between the upper and lower classes after conquering Meereen.

She bridges the gap, adopting enough of the local morays to gain credibility, while still keeping her ultimate goals in sight. Her idealism is the source of her power. That, and the fact that her enemies continually underestimate her.

Her righteousness in her march toward the vaulted Iron Throne and uniting the kingdom is a force that none of the more venial leaders can emulate. While they are trapped in minutia, she sees the trends and forces of history — the big picture. That’s what real leaders are paid to do.

Game of Thrones has dozens of characters, some heroes, some villains, and some both. In their vices and their virtues, all of them have something to teach military leaders. Fantasy or not, we can see their traits in reality every day.