I got my first cell phone in my late 20s. I know that’s inconceivable to some of you who got … Continued 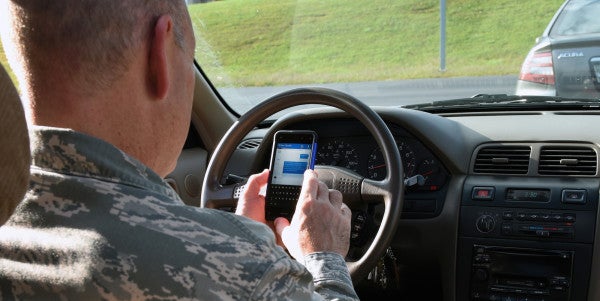 I got my first cell phone in my late 20s. I know that’s inconceivable to some of you who got your phones while still in middle school or even earlier. Don’t worry. For an old guy, I caught up quickly. I text like a pro and I am a slave to Facebook and Twitter. I love connecting with people whom I otherwise would have lost contact with, and sometimes would never have met at all, save for the Internet and that magic device in my pocket.

But there are times that I look back fondly to the days before cell phones. There once was a time when if I called a superior or another leader about an issue and he didn’t answer, I left a message, asked him to call me back when he could, and then I did what I thought was right. I didn’t know if that person would call me back in five minutes or five hours. In a lot of ways, not getting an answer was glorious freedom.

In a lot of ways, it was also better for the person I was trying to reach. Back then, a leader could go away for a few hours, or even a weekend, whether for church or a drunken bender, and not have to worry about getting an agitated call from a duty stander about a trivial issue. And believe me, they’re almost all trivial. That Marine will still be in the drunk tank tomorrow morning, and if Russia invades, the word will get around pretty quickly anyway.

Lance Cpl. Gerardo Sanchez Rivera, a 26-year-old supply clerk with 25th Marine Regiment, checks his phone for one of the last times July 21, 2010, before deploying in support of Exercise Shared Accord 2010.U.S. Marine Corps photo

Even as a mid-grade officer, I saw the infuriating effects of cell phone addiction. More than once I was issued the ubiquitous Blackberry. Even as a member of a very modest staff, I was chastised for shedding my electronic leash and not issuing timely responses to the commander’s or executive officer’s random e-mail musings while at home. Mind you, these emails were not about the nation’s contingency plans for an emergency in the Middle East, but about figures going into presentations that weren’t due for days.

As a well-worn military cliche goes, “If everything is a priority, then nothing is a priority.” Calling someone at home, or expecting an email response after working hours should be a big deal. Military personnel already work long enough hours without being asked to work from home, or worse, from a restaurant with one’s family, or while on vacation at the beach. We can say that individual should just shut his or her phone off, but those people don’t know the stress of turning your phone on only to a see two screens worth of missed notifications from a commanding officer or sergeant major.

Far too often, time off is interrupted by trivial “for your SA ” messages. Information that will still be fresh at 0800 the next day is shot from leader to leader with all the sense of urgency the military is known for: the infamous “brown star cluster.”

The cell phone is a game-changing technology. It should be used to reduce work, not increase it. A mass text moving a muster time, for example, is far more efficient than having someone spend hours calling a phone tree. Leaders can cut people out early, instead of having them sit around waiting for “the word.” Instead of having everyone muster after a 72 or 96, everyone can just call in. That is using technology to actually make service members’ lives better.

Military leaders need to de-escalate this information arms race. Prioritize those pieces of information you actually need right away, and just as importantly, let them know what can wait until tomorrow. That will improve your life, and more importantly, it will improve theirs. If that’s not enough incentive, realize that working from home is still work. Productivity starts to drop off markedly after working 50 hours a week, and flatlines above 55. The time spent working on a phone tree could very well be affecting their core work.

There are indeed some places where service members must routinely accept midnight phone calls as part of the job — generals’ aides-de-camp, high-level staffs, and colonels and above, for example. Your average GI Joe or Jane should only get those calls if someone has gone down or the balloon has gone up.

They’ve given up much of their personal liberty to defend our nation’s liberty. Their liberty time should be theirs.