How The Iraq War Taught Me To Stop Worrying About Outcomes 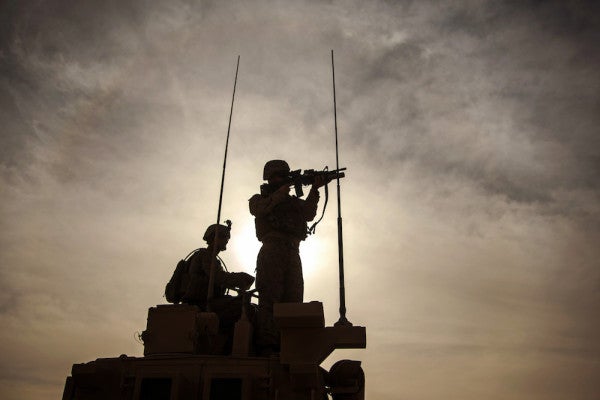 Outcome Mind Trap: The natural tendency to focus on a desired outcome, rather than the actions you can take to improve your chances to reach that outcome.

Entrepreneurs have different reasons for doing what they do. Some want to build something great, others want to make a crapload of money, and some want the freedom to work for themselves. There are a lot of reasons for wanting to start your own company. But, no matter the reason, it’s easy to fall into the Outcome Mind Trap. To help other entrepreneurs who are stuck in the Outcome Mind Trap, I’d like to tell a story about how I overcame it and share how we maintain focus at Slidejoy.

A little over 12 years ago, I was sitting in the middle of the desert looking up at the night sky. For those who have never witnessed it, it is probably the most beautiful view of the stars on Earth. There are no clouds or light pollution to obscure the heavens, so you can often see 20 shooting stars in an hour. It’s ridiculous.

However, I wasn’t able to fully focus on the view. I was sitting on the border of Kuwait and Iraq in my nuclear/bio/chemical warfare suit, gas mask on my side, kevlar helmet, flak jacket and my M-16 rifle with fully loaded magazines. I was about to invade Iraq along with thousands of other Marines.

My mind was racing with questions about the potential outcomes. Will we lose anybody in my unit? Will I survive the war? How long will it take for the war to be over? I was driving myself crazy.

Weeks into the invasion, I was looking up at the night sky again. The stars were accompanied by an outgoing artillery barrage. We were about to launch the offensive into the city of Baghdad. By then, my rifle had become an extension of my body and my gear didn’t seem as heavy as it used to be. I was actually enjoying the clear night sky because the mental burden had lifted.

I was so at ease that I was even able to joke about the situation at the end of this video:

It’s not that I had all the answers to my previous questions. The outcomes were no more clear than before. It’s just that I had learned to stop questioning the potential outcomes and started to focus on what I could do right then and there, in the moment. I couldn’t determine whether we would all survive, but I could keep my weapon clean and be alert while on patrol. I couldn’t control how long the war would last, but I could focus on the current mission. By doing so, I detached myself from uncertain outcomes and became more focused on the process, something I could control.

Now, as a cofounder and CEO of Slidejoy, I can’t help but fall into the Outcome Mind Trap at times. When will we hit our next milestone for users? How many advertisers will we have next month? Where will we be next year?

To keep myself from going crazy, I keep my team focused on actionable tasks. We focus on quarterly tasks by implementing Google’s OKR system to meet medium-term goals. In the shorter term, we operate in two week development and marketing cycles through Scrum Sprints. And to keep everyone organized when completing daily tasks, we use Trello. These processes keep us focused through the rough patches that inevitably come with starting a business.

When my mind gets too focused on the potential outcomes, I remind myself that I shouldn’t focus on what could be, but rather on what I could do. Life is more fun that way anyway.

This article, “The Outcome Mind Trap – A Startup Business Lesson from the Battlefield,” originally appeared on Mattermark.