If You’re Saying, ‘Because I Said So,’ You’re Doing It Wrong

A recent column published by The Muse listed three things to say to your team instead of “Because I said... 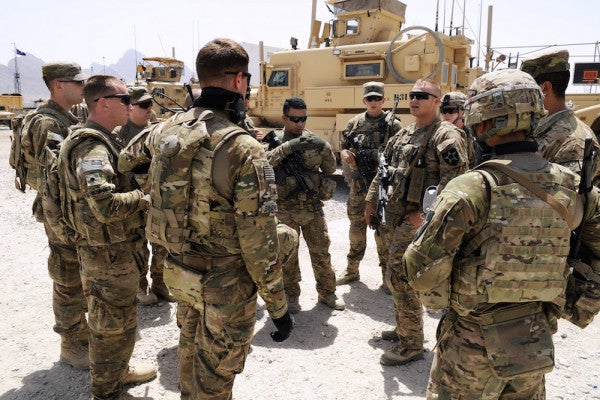 A recent column published by The Muse listed three things to say to your team instead of “Because I said so.” Having already established my disdain for the “shut up and color” style of directive leadership in passing, I could not resist clicking through and reading. Unfortunately, of the three techniques for addressing follower dissatisfaction with your decision, two are difficult to apply in a military context and none address the root problem. If this is a frequent issue for you, you’re probably making decisions in a vacuum and should search for ways to increase your participative and consultative leadership. An improvement would be to list four ways to improve your participative leadership and the key benefits from doing so, besides never having to say “because I said so” again.

Ask for opinions and ideas before the plan is made.

Everyone wants to feel like their input is valued; it gives them either the real or perceived notion that they have some level of control over their professional lives. This is even more important in a military setting, where enlistments and service obligations are contractually stronger and longer than contracts typically found in the civilian world. Never underestimate the value of simply asking others on your team for their input or suggestions during the planning process. This sounds conceptually easy and obvious, but there are three threats that prevent leaders at many levels from doing this: time available, overconfidence in their own abilities, and fear of looking lost.

The lost lieutenant stereotype is a vicious feedback loop; everyone has moments when they are unsure of their exact location, especially in unfamiliar terrain. The difference between putting a private and a lieutenant in charge of navigating isn’t experience; it’s the willingness of one to ask for help without the pressure and fear of losing the confidence of followers. Asking for help doesn’t have to be a sign of weakness. Say, “I have an idea about how I’d like to do this, but I want to hear how you’d do it.” It demonstrates respect for and confidence in your team members, as well as humility, a critical leader attribute.

Not everyone on your team is ready to do your job, although more than you think probably could. It is demoralizing to ask someone to solve a problem that is so far outside of his or her knowledge, skills, or abilities, that the solution is unworkable or the process of solving it is exceedingly frustrating. Ensure that you have a solid understanding of the abilities of everyone on your team and tailor their tasks or solicit their feedback, at least in public, in ways that will stretch their comfort zone and improve their abilities without breaking their confidence. As their abilities and confidence improve incrementally, you can solicit increasingly difficult analysis and plans while simultaneously improving leader development within your unit.

There is a documented tendency to hold information in work settings, especially in more competitive environments. This stems from the very real perception that knowledge is power and those who hold no unique information can be replaced. This leads to a number of bad outcomes, to include the common information effect as well as incomplete analysis of the problem or mission in a team environment. You can hardly expect your team to generate feasible and acceptable courses of action without knowing all of the facts, assumptions, and constraints. This is common sense that is supported by research.

The benefits of such an approach include increased job satisfaction, greater levels of buy-in from team members, increased respect for the leader, the intellectual and professional development of junior leaders, and often, better plans and decisions. The opportunity cost, however, is the increased amount of time required to communicate and analyze the mission and then develop and choose the preferred course of action. Therefore, there is one more important step to effectively improve your participative and consultative leadership.

Establish clear boundaries between decisions for which you want input and decisions that are non-negotiable.

Sometimes, these non-negotiable decisions are simply related to time available. In all of the leadership positions I have served, I have made a deliberate effort to solicit feedback, advice, or plans from others on my team whenever time was available. This not only provided all of the aforementioned benefits, it also gave me the benefit of the doubt when limited time dictated a more directive leadership style. There was little resentment or resistance during those times and no need to say, “Because I said so,” since it was assumed that if I could have asked for input I would have. Other non-negotiable decisions may be related to a moral or ethical line that is separating a disciplined military unit from becoming nothing more than a mob.

Recognizing that the military is not a democratic organization, it should still be a red flag, it should still cause clenched teeth, it should still make good leaders cringe anytime they hear someone justify a decision or rule with, “Because I said so,” even if it’s disguised as something like, “Let’s try it my way first.” It’s a cop out that demonstrates a leader’s unwillingness to trust a subordinate with the information and evaluation criteria that led to the decision or reveals that the leader doesn’t really know why the decision was made. I’m not sure which one is worse.

because i said so
conrad brown
culture
military leadership