I’m A Veteran. Here’s Why I’m Voting For Hillary Clinton

Hillary Clinton, former first lady, senator, and secretary of state, is now looking to add “first female President of the... 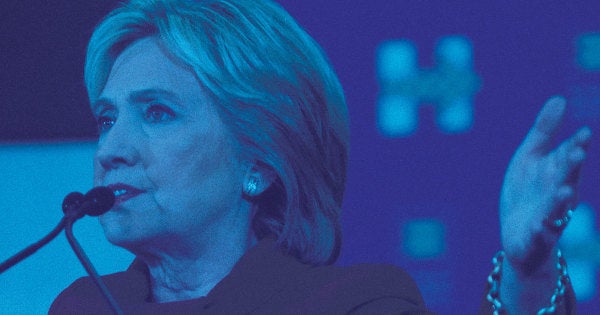 Hillary Clinton, former first lady, senator, and secretary of state, is now looking to add “first female President of the United States” to her already impressive list of titles. After already leading a precedent-setting primary campaign by being the first woman presidential nominee, she is moving into the general, where she will be battling business mogul Donald Trump for that title. But for the readers of Task & Purpose, most of whom are veterans and service members, the title that matters most is that of next commander in chief of the armed forces.

That’s why Task & Purpose decided to reach out to you to find out why you will be vote blue — for Hillary Clinton — come November, and this is what you said.

“I think she's best prepared to lead on day one, I think she'll be a president for all people unlike Trump. She has a record of creating opportunities and assisting veterans, children and others often overlooked by society.”

“Despite her many otherwise disqualifying flaws, she's the best chance to prevent Trump from winning.”

“I am voting for Clinton because she understands the nitty gritty details of public policy in terms of both politics and execution. A perfect example of this nitty-gritty is her plan on autism. What other candidate is so familiar with the details of governing to think of such things before getting in office? To be clear, she is a flawed candidate. The episode of her email server is troubling. I do not think that exempting oneself from rules that affect subordinates is good leadership. Exacerbating that, she was slow to act with transparency and acknowledge that it was a problem. However, I think that put in the context of her whole career and this election in particular, it is not a deal-breaking issue for me though it gives me reservation.”

“Choosing her is merely a choice of a lesser of two evils. Neither is worthy of office, but Trump is a loose cannon.”

“I’m for Hillary, because Trump is the least-intelligent, least-qualified, and lowest-character person to ever seek the presidency from a major party. And I believe he would destroy the global framework and American power if given the chance.”

“She has the experience and temperament required to maintain and continue to recover our status as the leader of the free world.”

“She is the only candidate prepared to be commander in chief on day one. And she's not a hateful, racist, sexist bigot like Donald Trump.”

“So I can tell my children I voted for the first black president and the first woman president.”