Leon Panetta On Why Civilian Control Of The Military Is Important

President-elect Donald Trump has nominated a slew of generals to serve in his cabinet, calling into the question the long-held... 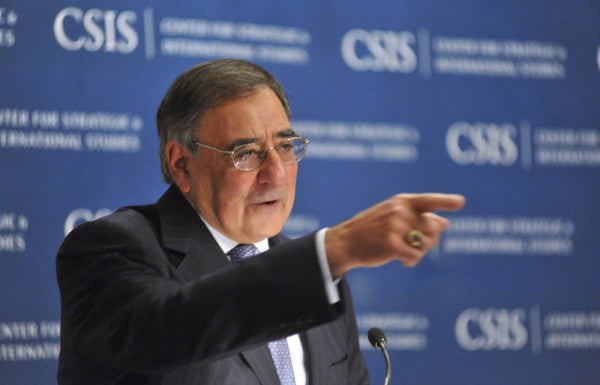 President-elect Donald Trump has nominated a slew of generals to serve in his cabinet, calling into the question the long-held U.S. tradition of civilian control of both the government and the military. His selection of legendary retired Marine Corps Gen. James Mattis to serve as secretary of Defense has made lawmakers and constituents uneasy about how much influence the military will have in policymaking.

We talked to former Defense Secretary Leon Panetta, who also worked as Director of the Central Intelligence Agency in the Obama Administration. He told Task & Purpose that it’s not about keeping the military out of power — it is about understanding our nation’s history and balancing it with the needs of the whole country.

“I go back to George Washington on that,” he said. “When he resigned his military commission in order to become president of the United States, he made it very clear that our government ought to be headed by civilian leadership.”

However, he added, it doesn’t mean you shouldn’t have military experience or have not served this country in uniform.

Mattis' Confirmation hearing is this week »

“When you take these jobs, you now have a much broader responsibility, not just to the military, but to the civilian leadership of the nation both president as well as the Congress,” he said. “I think it is important that those who head the Department of Defense have an understanding of the broader concerns that you have to be aware of in this country related to our constitution, related to our rights and freedoms, related to our system of governing.”

As for the nomination of Mattis to his former job, Panetta believes he is a good choice.

“I worked with Jim Mattis. He was head of CENTCOM when I was . I actually was pleased that his name was being considered,” he said.

Because Mattis has only been retired since 2013, he will still need a Congressional waiver to bypass the seven-year cooling off period required between serving in the military and being appointed Defense secretary.

“I knew that he would have to get an exemption from Congress and I understand that requirement. I also know that Congress ultimately would make sure that he understands the civilian role of secretary of Defense,” Panetta said.

He believes that Mattis is the right person for the job, particularly for Trump’s cabinet.

“I think he’ll be an anchor in this new administration that will hopefully try to steady the ship when it comes to national security issues,” he said.