I’m not going to pretend to be an American hero. That title is reserved for others who have achieved far... 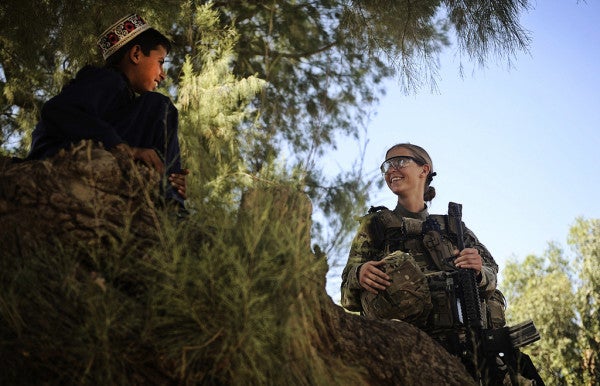 I’m not going to pretend to be an American hero. That title is reserved for others who have achieved far more important feats than me. So when care packages and letters came in this holiday season, I scoffed at the “Thank you, hero” message that often accompanied these things. The sentiment, though nice, is unnecessary.

However, despite the lack of “heroic” acts I partook in during my time in Afghanistan, I learned quite a bit about other “H” words often overlooked in the military.

Hope. On my down days or for a few hours after work, I’d volunteer at the USO. While there, I spent a fair amount of time talking to an employee, a native of Afghanistan. He studied in Pakistan, and came back to Afghanistan after 9/11, and has attempted to join family in various parts of the world ever since, only to be encouraged by the United Nations to stay in Afghanistan, with promises of things getting better. A former teacher, for the last 10 years, he has essentially watched the war evolve in front of his eyes. And as he supported the transit of thousands of NATO forces, he has hoped. He maintains hope that with more elementary schools and universities, and with more people becoming educated, a change and modernization will come to his country. I can’t imagine a lifetime of wondering if I’d be safe going to work today, or going to the market to buy food and accepting suicide bombers and indirect fire as a norm in my life. But through it all, he has hope.

Humanity. Indirect fire is notorious for never hitting the target. So much so, that sometimes you just blow off the “incoming” signals and rest assure that things will be normal again in 30 minutes. Until one hits a bit too close to home. Then we realize we are not all invincible. A man I went to church with lost a dear friend to indirect fire. One minute he’s doing his normal daily activities, and the next minute he’s not. Humanity, I observed, transcends nationalities, gender, language, and religion. It is the grief in a man’s eyes, swollen with tears, that does not need common spoken language, but rather just an embrace and handshake to understand, to empathize with. Situations like these humanize us, inflicting pause in our daily comforts and beliefs that we are invincible and we have a full life ahead of us. And yet the empathy expressed to a grieving friend exemplifies the essence of humanity and compassion across the entire world, simplifying our connectedness.

Humility. There’s something about deployment that seems to permit the arrogance in one’s personality to come to the forefront. Perhaps it’s a coping mechanism. Call it invincibility. The thought that we can handle anything. But arrogance, even in a time and place where life and death can happen in a matter of a few decisions, is still a facade able to be broken. Humility is knowing you don’t have all the answers and accept it, but are willing to learn. It’s getting sick to your stomach on a sortie and apologizing to your crew even though you know you can’t control things like your Afghan detox happening at any given moment. It’s losing your shit because you just wanted five minutes of alone time without someone saying hello or asking how you are. And then humbly asking for forgiveness. It’s allowing people their worst moments, and still embracing the best in them. Humility is hard. Really hard. You have to look to your left, your right, and then take a close look at yourself and accept that no matter what the your outward persona might say or what you hope it projects, you probably aren’t the stoic G.I. Joe or Jane you envisioned yourself to be.

So I might not have heroic war stories when I get back home, but I’ll have some important lessons that will stay with me forever. And to me, that more important than being labeled a hero. I’ll leave that title for someone who deserves it.