Marine infantry veteran Thomas Brennan has launched a Kickstarter crowdfunding campaign to support The War Horse, a site that will … Continued 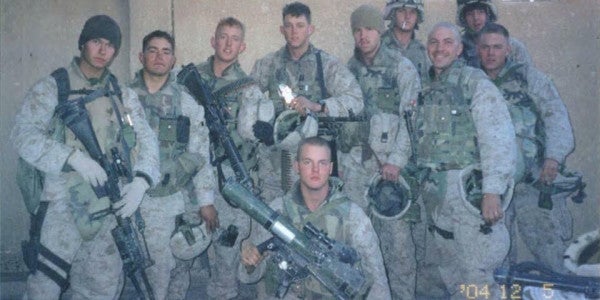 Marine infantry veteran Thomas Brennan has launched a Kickstarter crowdfunding campaign to support The War Horse, a site that will seek to explore war and its aftermath.

Brennan got involved in journalism after an injury from a rocket-propelled grenade in Afghanistan ended his Marine Corps career. He had been a Marine machine gunner, and a seasoned veteran with two deployments. Forced out of the Corps, he made journalism and telling war stories his life work.

Brennan wrote for The New York Times’ At War blog and became a correspondent for the Jacksonville Daily News in North Carolina. He received an honorable mention in the prestigious Dart Awards for his writing in The New York Times. He also won the American Legion’s Fourth Estate Award. From there, Brennan attended Columbia University’s famed school of journalism in New York City, graduating in 2015.

RELATED: Listen to a VA employee and a veteran break down on the phone over access to care »

Brennan’s Kickstarter is more than halfway to its $50,000 goal with roughly a week to go. The funds will allow Brennan to conduct operations and pay writers to create stories on fallen service members and other war stories. The Kickstarter page pledges that The War Horse, which will operate as a nonprofit organization, will seamlessly thread “journalism, history, big data, investigations, an online community, and existing accounts into a single open-source network.”

Get more information from his Kickstarter campaign here »