Editor’s Note: This article originally appeared on The Military Leader, a blog by Drew Steadman that provides leader development resources... 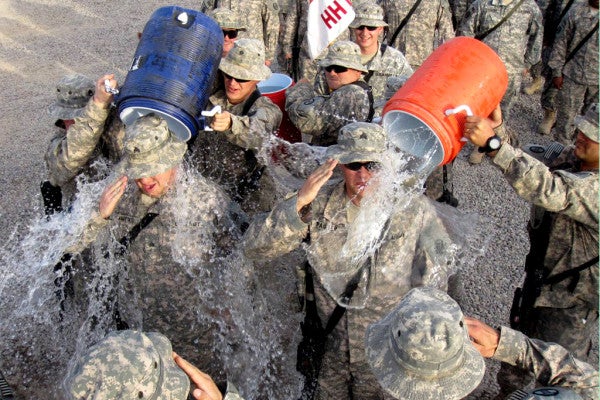 Becoming a successful leader should mean more than just getting the mission done. It should also mean taking care of soldiers and families and making a difference in the lives of those we lead. We don’t talk about it often, but that’s what we intuitively feel. Followers desire leaders who guide the team to accomplish the mission while respecting and inspiring them.

And what’s the common theme among toxic leaders who continue to ascend the ranks? They get the mission done, but leave a trail of destruction in their wake. Bosses routinely fail to identify toxic subordinate commanders, but peers and subordinates always feel the impact. Why does this happen? Why do senior raters look down at subordinate leaders and see mission accomplishment but not the negative interactions they use to make it happen?

In a book that I will routinely recommend and reference, Tom Rath in “Strengths Based Leadership” offers a passage that helps explain why mission accomplishment — by almost any means necessary — is so highly valued when it comes to leader performance:

…even the highest level executives reported that they spend almost all of their time reacting to the needs of day instead of initiating for their future.

One challenge is that our ability to progress in our career is often determined by our effectiveness in responding to near-term needs. When high value is placed on solving these kinds of problems, it creates a culture in which leaders spend little or no time thinking about what could be done because they receive more accolades for simply doing what needs to be done.

Another reason we get caught in perpetual response mode is because it’s easier. Agreeing to take on a small objective – for example, cleaning out your inbox by the end of each day – is much more manageable than embarking on a larger and more proactive goal – like creating a new product or mapping out how to double your business in three to five years. Solving problems and removing barriers comes naturally to many people, while initiating is much harder work.

Think about the military leader’s day. In your experience, would you say that most time is spent initiating effort to grow the organization? Or is most of the day spent reacting to outside requirements and solving immediate crises? I think most would say the latter.

The problem is that most leaders live in a task-saturated environment, which impedes them from analyzing the effects of their actions and discourages them from seeking ways to reach their unit’s, or their own, full potential. Time and again, I’ve seen junior officers and NCOs struggle to find the cognitive space, for example, to apply creativity to their training events or develop long-term leader development plans. The endless supply of “five-meter targets” prevents leaders from being the guide their organizations need. And our culture rewards them for it.

Senior raters end up recommending advancement for subordinate leaders who tackle the near-term targets because 1) the tasks are usually coming from the senior chain of command that has a vested interest in seeing them accomplished, and 2) the effort is visible and easy to measure. “How many on-time evaluations did A Company have?” is a lot easier to assess and evaluate than “Is the A Company Commander inspiring a culture of trust?” And most leaders are more comfortable having a conversation about the timeliness of evaluations than they are about establishing trust in the organization.

When senior raters focus on the flurry of near-term subordinate activity, they risk overlooking the methods by which subordinate leaders achieve the mission. Too often, immediately behind the curtain of a “successful” leader is an egocentric environment of micromanagement and mistrust that overworks its members and fails to personally and professionally develop them.

After stewing on this for a few days, I’m still left with questions. I want to know what you think.

This article, “ Why Do Toxic Leaders Keep Getting Promoted?,” originally appeared on The Military Leader.