Stop Promoting Adults Who Behave Like Children Through The Ranks

During my time in service, I encountered several types of leaders. Some were good, some weren’t so fun to work... 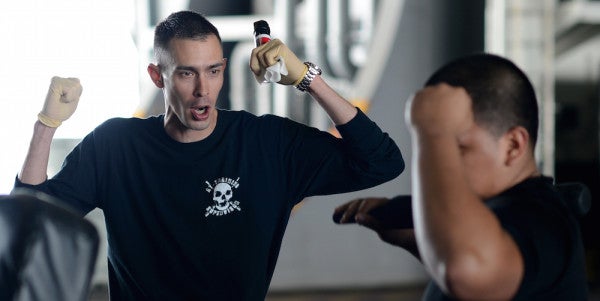 During my time in service, I encountered several types of leaders. Some were good, some weren’t so fun to work for, and some were absolutely incredible. Every veteran can recall one or two significant leaders who they would follow into a firefight no matter when, where, or what the odds, based solely on their strong and principled leadership.

I was lucky enough at my first command to enjoy an incredible leadership team. They taught me that honor, courage, and commitment meant something. My first captain (now a rear admiral) taught me that senior officers should keep the crew informed. I couldn’t tell you who my first chief was; he wasn’t that memorable. But my first mentor aboard that ship was Chief Sonar Technician Donald J. Payne. He, along with other individuals I met through him, painted the picture of what it meant to be called “Chief.” To me, it means firm but fair leadership, teachable moments, and sometimes letting a sailor fall flat on his face (but being there to pick him up and set them down the right path). Many years later, a former commanding officer would tell me, “You really hold chiefs to a high standard.”

Even the greatest of our role models start somewhere — namely, in the beginning. We've all seen the eager beaver O-1 or E-4 who can't wait to lead (whatever that means to them at that moment in time). They have that look in their eye. They are hungry to lead men and women toward whatever goal they see fit. These young leaders chomping at the bit for responsibility may all look similar at first, but everyone has a different leadership style dependent upon their personality, role models, and childhood. Some people lead by example, others by committee and consensus, and a few through fear.

Leading through fear may work in the immediate term, but does not benefit the service over time. Setting aside common sense, human decency, and the golden rule, how are these budding tyrants supposed to know that it's harmful to good order and discipline to be the angry person all the time? I’ve seen a master chief throw a full coffee cup across a room, quickly followed by a blue folder, due to a typo in a sailor’s special request chit. Another example is the department head who threw a chair across a fully staffed combat information center due to a system casualty. How can junior officers and enlisted personnel break the cycle of toxicity if everyone looks the other way or accepts this kind of behavior?

So what happens if that officer implementing a fear tactic early on in his career doesn't have a mentor to set him down the right path? Well, his or her direct reports are affected. As are theirs. And, since pretty much anyone who wants it can promote up to lieutenant commander, the number of sailors potentially affected is staggering. When one accounts for the second- and third-order effects, poor leadership practices can have a negative effect on thousands.

What it comes down to is that this behavior is childish. If my six-year-old threw anything across the room because something upset him, I would put him in time out followed with a stern talking to. Why then do we tolerate our peers acting like children? Why do we let those who might lead men and women into combat exhibit behavior comparable to that of a small, and woefully undisciplined, child?

The onus for changing this type of behavior (at least within the Navy) lies upon the wardroom, the chief petty officers’ mess, and first class petty officers. While it is not the responsibility of these leaders to change the culture of leadership across the Navy, they are the people on the deckplates every day, existing among the aforementioned combative communication culture. In order for the greater Navy to effectively eradicate a subculture of toxic leadership, this core group must not tolerate bad behavior at the unit level. As time goes on, a concerted effort could result in slow but measurable change throughout the Navy — and what’s more, I imagine it could be similar for the other services.

Every time we ignore this destructive type of behavior from leadership because “that’s just the way he is” or “we don’t want to mess up her career,” we condemn hordes of sailors whom the toxic leader in question will affect throughout his or her career. They may be low-level leaders now, but what happens when ignorance of their behavior allows them to take a command-level position with significant autonomy? We owe it to not only ourselves not to put up with their bullshit, but to our organization to ensure that only the best leadership talent gets promoted to the top.

America’s Navy is a global force for good, as the saying goes. It’s time for adults to step up and lead that force, because childishness just isn’t up to the challenge.