Want To Build An Effective Team? Check Your Ego At The Door

In June 2012, Amy Cuddy, a professor at Harvard Business School, took the Internet by storm with a TED talk … Continued 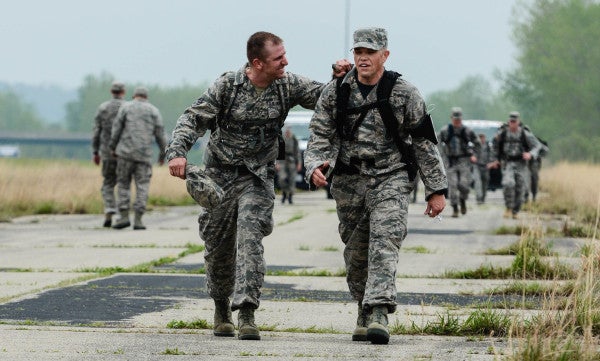 In June 2012, Amy Cuddy, a professor at Harvard Business School, took the Internet by storm with a TED talk on a radical new way to prepare for job interviews. She recommended a technique dubbed “power-posing”: taking on a powerful stance, as in standing arms akimbo. Cuddy’s research claimed that just two minutes of power-posing could alter hormone levels in the blood. She and her team reported that power-posing increased testosterone and decreased cortisol, with the net result that people felt more confident. The power posers in the study were deemed better job candidates than the non-posers. In short, people who felt more powerful were more likely to land the job.

Yet, what happens after the job interview? Is feeling powerful helpful in day-to-day work?

Researchers at the Haas School of Business at University of California, Berkeley are starting to answer these questions. The researchers studied team creativity, cohesion, and ability to negotiate. Each study told the same story: Teams made up of high-powered individuals performed worse than low-powered or neutral-powered teams.

The researchers created a feeling of power by dividing study participants into pairs, and asking each pair to complete a simple block-building exercise. One member of the pair — the “high-power” member — was randomly placed in charge of the exercise. After block-building, the teams were re-shuffled so that high-power participants were on teams with other high-power participants. These new teams were then asked to complete a creativity exercise. Even after a seemingly trivial power experience like being in charge of block building (participants had the equivalent power of a kid with a Lego set) the high-power teams were significantly less likely to be creative, as rated by judges who were blind to the study. The phrase “power corrupts” is a bit cliche, but when it comes to teams and creativity, it’s empirically true.

These findings do not necessarily contradict the “power-posing” TED Talk. The researchers repeated the block-building prime (i.e., made someone feel powerful), then asked the participants to engage in a creative activity by themselves. When working alone, the powerful individuals did better than their low-power counterparts. Third-party judges rated the powerful individuals as more creative. In short, power can be beneficial for individual performances like a job interview. For team performances, however, it’s destructive.

What should leaders do?

Perhaps more importantly, though, power can feel good on an individual level. One form of power is respect, and respect is something we universally desire. If organizations are built on power relationships, and power is something we naturally desire, is there anything leaders can do? Howcan we check ego at the door?

How to check ego.

A simple hack is to cognitively monitor the phenomenon, reminding ourselves of the effects power can have on our ability to work together. Research on emotion has shown that if people are made aware of the effect that irrelevant emotions can have on judgment (feeling sad having an effect on shopping habits, for example). Being aware of the effects of power can remind leaders and managers to set up teams for cooperation, not just the skill of individual members.

Perhaps a more fundamental solution, though, lies in effective leadership. Another way of asking how we can check ego at the door is this: “How can we remind ourselves of what is more important than the desire for power?” In other words, how do we think of something bigger than ourselves?

Effective leaders intuitively grasp the importance of this question, and their actions point to one, general solution: a compelling purpose in which everyone is vested. An effective commander reminds his troops of their purpose, whether that’s service to the nation, service to each other, or the defense of the innocent. Effective leaders in other areas of life do the same thing: They build compelling visions of what their organization strives to accomplish.