What History Can Teach Us About Leadership — Good, Bad, And Ugly

If you’ve spent any time in uniform or in the corporate world, the term “leadership” can be an enigma. It’s... 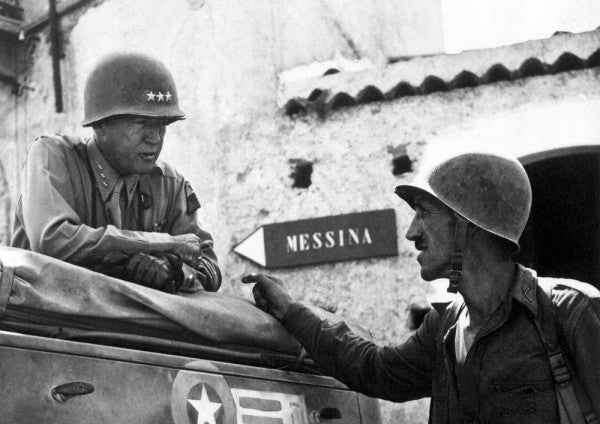 If you’ve spent any time in uniform or in the corporate world, the term “leadership” can be an enigma. It’s a confounding term, really, because it’s nebulous. It means different things to different people, and different types of it can be useful (or not) depending on a particular situation. Despite the ambiguity, most people know when it’s in place, or when it’s desperately needed.

I believe the easiest way to explain leadership is through examples. History is rich with illustrations of all kinds of leadership, both good and bad. Personally, I gravitate toward the military kind, because that’s what I know and have dealt with my entire adult life. Military leadership is also some of the most dynamic and dramatic, because it can often mean the difference between life and death, victory and defeat.

The Civil War is rife with examples of spectacular leadership failures, particularly amongst the northern forces. Most historians agree that President Abraham Lincoln was cursed with poor generals for the majority of the war, who handed loss after loss to him until General Ulysses Grant took over the Army of the Potomac in 1864. General John Pope, General Irvin McDowell, General Joe Hooker, and General Dan Sickles are but a few shining examples of colossal failures for the Union cause at multiple points during the war.

Then there was Union Gen. George McClellan, a superb organizer and well-loved by the Union Army, but his military leadership was so cautious and apprehensive that it cost the North greatly. One of his first failures was the Peninsula Campaign in 1862 – an effort to take Richmond that fell flat. Lincoln fired him, but after General McDowell’s loss at Second Manassas that August, he found he was short of competent leaders, and reluctantly re-appointed him in early September. About two weeks later, he met General Robert E. Lee at Antietam, Maryland, in an attempt to stand in the way of the south’s first attempt at invasion. On the heels of his victory at the Second Manassas, Lee and Confederate President Jefferson Davis felt it prudent to invade the North and gain potential recognition from European powers.

Arguably, McClellan’s odds were stacked in his own favor. His Army of the Potomac totalled more than 75,000 men – vastly outnumbering Lee’s 55,000. In addition, he was on his home turf. Finally (and significantly), he received an inadvertent gift from Lee himself: the famous “Special Order 191.” While in camp during their march to meet the enemy, 27th Indiana Infantrymen Barton Mitchell and John Bloss laid down to rest against a fencepost to find a curious piece of paper wrapped around three cigars. Upon opening it, they found what appeared to be a Confederate order approved by none other than Lee himself. As it turned out, the stray order was Lee’s entire battle plan.

Realizing he had something that could turn the tide of the Confederate Army’s northern invasion, and maybe even the war in the eastern states), McClellan wired the president that he had the upper hand, and that victory was near. McClellan could have quickly advanced and defeated Lee in detail before his army was ready. Instead, he hesitated apprehensively, failing to capitalize on his good fortune. He waited more than 18 hours to take any action, losing the element of surprise. By then, Lee’s forces had taken up strong defensive positions along Antietam Creek.

Even at that point, McClellan could have achieved victory with his larger numbers, but he blew it a second time. While Lee had decent field position, it wasn’t a silver bullet. Nearly half his army was still miles away, and McClellan knew it. Nevertheless, the cautious officer opted to keep a sizable portion of his forces in reserve, piecemealing only small numbers at a time. Confederate Gen. Stonewall Jackson arrived later in the day, bringing the southern forces to full strength and creating further challenges for the Union. As night fell, the battle became a tactical draw. In a third instance of botched leadership, McClellan allowed his opponent to escape back into Virginia, rather than amassing his huge army and boldly striking before he could get away.

Antietam was the bloodiest day in American history, but it didn’t have to be. In fact, it could have resulted in a desperately needed northern victory, perhaps even ending the war. McClellan’s poor leadership, bad decisions, and numerous missed opportunities cost Lincoln a decisive rout, unnecessarily cost hundreds of families their sons and husbands. While it was enough of a “victory” (because Lee retreated southward) for Lincoln to release the Emancipation Proclamation, the war would drag on another three bloody years.

Unlike the failures of McClellan, Gen. George Patton provides stark contrast, and is an example of stunningly successful military leadership. Eighty-two years after the Civil War, Patton’s leadership – while often controversial – saved thousands of American lives during the Battle of the Bulge in World War II. As has been recently highlighted in Task & Purpose, Patton was a warrior and a motivator. His famous vulgar speech unhinged the animal spirit in his men that evaporated their fears and reassured them that their cause was right. Just imagine if our military had a man like this today, and allowed his speech to be used? It sure would have motivated me.

Patton was famous for his victories over Field Marshall Erwin Rommel in North Africa, and later the Italian campaign. It was during the Battle of the Bulge, however, that Patton reached his pinnacle. Known as Die Wacht Am Rhein to the Nazis, the Bulge was Hitler’s last-ditch effort to break the Allies, relieve pressure from the Russian Red Army to the east, and sue for peace in order to remain in power. It began along the German-Belgian border in a sparsely defended area known as the “quiet sector.” In late December 1944, Nazi forces bulldozed through American troops and pressed for the port of Antwerp, creating a “bulge” in the lines along the western front. Over the course of a few days, they took town after town in a seemingly unstoppable armor-driven juggernaut. The exception was the small market town of Bastogne, Belgium, which was stubbornly defended by the 101st Airborne Division and elements of the 10th Armored Division. Tough defenders, they ended up surrounded by enemy forces.

His legendary 3rd Army was advancing eastward to the south of Bastogne in the fairly quiet Alsace-Lorraine region of France. In the thick of the Bulge, Allied leaders met to try and decide what to do to stem the Nazi advance, an event that Bill O’Reilly describes in detail in his recent work, Killing Patton. It was Patton that stood up and volunteered three of his divisions to quickly move north and relieve the defenders of Bastogne, then begin pushing the enemy back into Germany. When asked how soon he could begin by Supreme Allied Commander Gen. Dwight Eisenhower, Patton replied, “as soon as you’re through with me.” He boasted that he could move his force north to attack within two days. That was Dec. 19, 1944.

Patton’s peers were skeptical; it would mean moving thousands of men a hundred miles north of their current position, during the coldest and foggiest winter in living memory, over narrow and icy roads originally made for horses and wagons. It would be next to impossible to get it done.

Patton knew it could be done, difficult as the circumstances were. He immediately motivated his generals to mobilize their forces and begin the movement north, and within three days, the 3rd Army was in contact with enemy forces on the southern edge of the Bulge perimeter, and by Dec. 26, they’d broken through to Bastogne, relieving the beleaguered Airborne troops. Under George Patton’s leadership, the 3rd Army achieved what most military leaders considered impossible. He executed a sharp deployment within 48 hours that turned the tide of battle and led to the ultimate defeat of Nazi Germany.

Later in the war, Patton led his forces across southern Germany and into Czechoslovakia, leaving a trail of prisoners and dead Nazis in his wake. It was Eisenhower who finally halted him in order to avoid a conflict with the Russians. He’d advanced farther, and faster by far than all of his peers, achieving military successes that many like him only dreamed of. Arguably, his aggressive warrior leadership was essential to victory in Europe during World War II.

Leadership is a classic conundrum. It’s absence is usually palpably felt, but try to accurately define it and it’s very difficult. The lack of it has lost battles and wars and has resulted in untold human death and destruction. It’s undeniable presence, however, has benefitted millions.