Here Are The 5 Best States For Surviving The Zombie Apocalypse

Thanks to movies, TV, and comic books, we all know the zombie apocalypse is imminent. Okay, it probably isn’t, but... 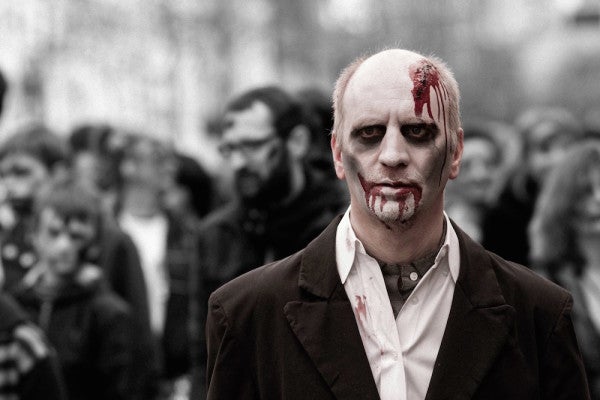 Thanks to movies, TV, and comic books, we all know the zombie apocalypse is imminent. Okay, it probably isn’t, but if you’re among the millions of Americans who love to daydream about what you would do if the world ended in a gory haze of flesh and brains, then you’re in luck. One of the first things on your post-apocalyptic priority list should be finding a suitable stronghold; to that end, we developed this highly scientific list of the five best states for surviving the zombie apocalypse.

One word: Guns. Though it doesn’t have the most guns or gun owners per capita, if the Second Amendment was a religion (which it may as well be), a lot of Texans would be preachers. It also helps that the state has boasts second highest concentration of veterans in America, which means it’s as combat-ready as a state can be. It also has 16 military bases where you can hunker down and eat chili-mac MREs until the whole apocalypse thing blows over.

Related: Here Are The 5 Worst States For Surviving The Zombie Apocalypse »

Where there are no people, there can be no zombies. Despite its size, Wyoming has the lowest population in the country, with a count of only 595,349 people in 2017. In terms of proximity to danger, that breaks down to just six people per square mile, though we guess a few more might be born before the year’s end, but probably not many. And according to the property blog Estately, “no other state has a shared love of zombie movies and guns like Wyoming,” which means its citizens have a breadth of zombie knowledge, and the weapons to take on a horde.

Colorado has low population density, mountainous terrain, and it’s one of the fittest states in the country, so even if you aren’t fast enough to outrun the very few zombies that you encounter, you can move to higher ground and hide out in the Rocky Mountains. We assume it’ll be quite difficult for the undead to chase you up a 10,000-foot peak. Or you can get higher: let’s face it, it might be kind of fun to celebrate the end of days smoking (perfectly legal) marijuana. Just saying.

California has the advantage of being coastal, mountainous, and west of the Rockies. Zombies in the East will find it incredibly difficult to cross over to the West Coast. And if you’ve ever read “World War Z,” you’ll know that puts you at a geographic advantage. Not to mention the fact that the state boasts 32 military bases. Plus, you’ve seen the movie “Zombieland” right? According to that totally realistic plot line, you could apocalypse and chill with Bill Murray in Hollywood.

Virginia is the one East Coast exception we’re willing to make for one simple reason: it’s got Norfolk, the world’s largest Navy base, in addition to 26 other military bases spread throughout the state. How sick would it be to commandeer the USS Eisenhower as your floating zombie fortress? Plus, if being a post-apocalyptic pirate doesn’t tickle your fancy, there’s Virginia Military Institute, which is basically a fortress.

Or, you know, the Pentagon.