Here Are The 5 Worst States For Surviving The Zombie Apocalypse

Like tens of millions of other Americans, I am completely obsessed with AMC's “The Walking Dead.” One unintended consequence of... 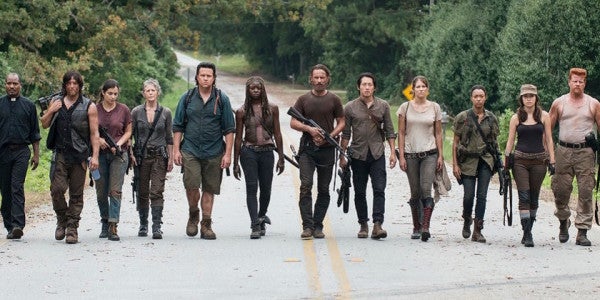 Like tens of millions of other Americans, I am completely obsessed with AMC's “The Walking Dead.” One unintended consequence of being into the show is that I tend to spend a lot of time planning for the totally realistic threat of the definitely inevitable zombie apocalypse.

One question that always looms is where I would go — and, more to the point, where I should avoid going — during a zombie plague. Through research, common sense, and popular opinion, Task & Purpose has developed this totally scientific list of the five worst states for surviving the zombie apocalypse. Preppers, get prepping.

Have you seen “The Walking Dead”? Most residents of Georgia — the show's main setting — sure haven't: According to Estately, Georgians show little interest in the zombie apocalypse. People who don't watch a series about zombies running roughshod over their home state probably don't have a zombie disaster plan, putting them at a huge disadvantage. In addition, the Centers for Disease Control are headquartered in Atlanta, and you could surmise that's probably where a zombie virus could originate. Then again, the CDC itself houses some specimens that are probably as deadly as a zombie virus. Our advice? Stay away from Georgia.

Despite the fact that Kansas Gov. Sam Brownback signed a proclamation in 2015 officially making October “Zombie Preparedness Month,” we disagree that this is a state where you want to be during the zombie apocalypse. It has flat terrain, is largely featureless, and is landlocked east of the Rocky Mountains. That means there are few places to hide from zombies, and just about any migratory pattern the undead take across America leads them to take this “flyover” state in a walkover. Oh, and tornadoes. Didn't you learn anything from “The Wizard of Oz”? Imagine a tornado full of zombies.

Mass urban areas are notoriously bad places to be during a zombie apocalypse. What's more, D.C. has virtually no legal private guns. Unless you are one of the privileged few who get invited into the president's bunker, you are as good as undead. And though the District is fairly well-equipped for defense — those Metro stations can handle anything except an on-time train — D.C. ranks as one of the worst locales in the country in terms of food supply. All those wholesome fruits and vegetables healthy D.C.-ists like to eat? Poor survival food: They won't last and they won't be resupplied. And you can forget trying to escape. Beltway traffic would be murder… literally.

Though you might think that beautiful volcanic islands are the best place to escape a zombie outbreak, you might actually do well to avoid Hawaii. The remote island chain requires frequent shipments of supplies from the mainland. Though we suppose you could go native, ala Tom Hanks in “Castaway,” and start fishing and foregoing dental hygiene. We don't recommend this. The threat of volcanic eruption is ever-looming. Plus, if just a single zombie makes it onto a Hawaii-bound ship, you and your fellow island survivors will be going from Oahu to “OH NO” in no time flat.

Everyone is old. Apart from the spring breakers, who are practically zombies already. Because a plurality of the residents are retirees, they're slower, making their brains ripe for zombie pickings. To add insult to undead bite, you also have to contend with the constant threat of alligators, daily thunderstorms, and, well, other Floridians, most of whom are armed and some of whom make Negan look like a pretty reasonable guy. And again, we're pretty sure they already have zombies. Bath salts, anyone?