“That means he's going to go down the street and throw more acid in the face of little girls. Yeah, … Continued 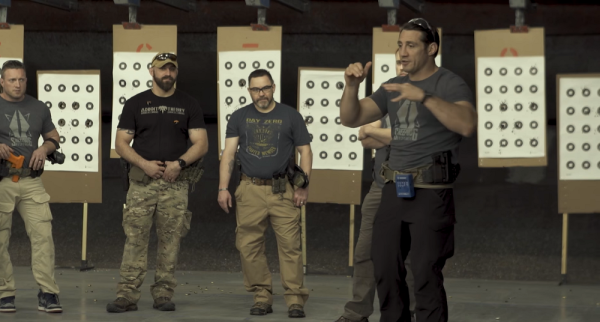 “That means he's going to go down the street and throw more acid in the face of little girls. Yeah, I've been there. I killed that mother fucker, because we don't let that happen in our world. All of those little decisions lead up to that moment when you're going to live or die.”

These are the first words from a sweat-soaked Tim Kennedy in a new video about the Army Green Beret and former UFC fighter’s work with Sheepdog Response, a hybrid combat, firearms, and fitness training team. Their mission? To teach participants to be the hardest person anyone ever tries to kill.

Kennedy, the head instructor with Sheepdog Response, which conducts training events across the country, says their mission is to change the current culture in America. “Sheepdog response is the work of liberty, putting the teeth back in ‘we are the people,” Kennedy says. From tactical shooting, drilling on weapon’s handling, and speed reloading to martial arts, the guys over at Sheepdog Response argue, in no uncertain terms, that simply having the right tools isn’t the same as having the right technique, or mindset.

“We want to get trained, we want to get mature, responsible gun owners to understand that going to a store, buying a gun doesn't mean that you're ready for anything,” Marshall Lutton, a firearm instructor with Sheepdog Response, says in the video.