Wild Tiger, the Iraq War’s most iconic energy drink, was just banned in Kurdistan. Why? The Kurdistan Health Ministry is... 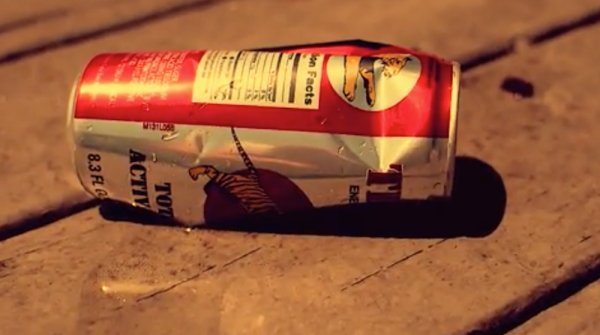 Wild Tiger, the Iraq War’s most iconic energy drink, was just banned in Kurdistan. Why? The Kurdistan Health Ministry is concerned about the adverse side effects of overconsumption of energy drinks, ranging from rapid heart rate to, well, death.

Minister of Health Dr. Rekawt Hama Rashid told Kurdish news site Rudaw that the ban is not just focused on health issues: there is currently no permit that allows for the importation of Wild Tiger into the Kurdistan Region — the autonomous Kurdish proto-state in northern Iraq, bordering Syria, Turkey, and Iran.

According to international food news site IEG Vu, the Kurdistan Regional Government has for years been working to ban energy drink sales.

The ministry has notified the health departments located in the Kurdish cities of Duhok, Erbil, Garmiyan, Koya, Raparin, Sharazur, and Sulaimani of the ban.

The Jordanian-manufactured energy drink was a huge hit in the early 2000s with soldiers and Marines fighting in Iraq, who could snag a can at just about any local market. The eight-ounce canned drinks — inscribed with a cartoon tiger and the words “TOTAL ACTIVATION” — were exponentially stronger than the American energy drink equivalents like Red Bull or Monster, an extra boost for troops exhausted by the new campaign.

“[Wild Tiger] has been called liquid cocaine and Adderall in a can,” according to Task & Purpose staff writer and Army veteran Adam Linehan, who detailed the drink’s legendary potency in 2016. “It’s rumored to contain a potent mix of mysterious black-market ingredients that rot a person’s body from within while imbuing him or her with supernatural powers, including the ability to maintain intense focus on days without sleep.”

Sure, Wild Tiger is delicious, but the health effects are incredibly dangerous, including rapid heart rate, addiction, insomnia, and depression. And though the Kurdistan health ministry acknowledged consuming a single drink is “generally” safe, the risks of excessive consumption, especially when paired with alcohol, could not go ignored by health officials.

Luckily, if you’re not convinced by all that science and stuff, you can still purchase Wild Tiger on Amazon.com. But then the real question is: Will Amazon deliver by drone to Iraq?