Have you ever found yourself wanting to star in an adult film? Well, here’s your chance. Mercedes Carrera, a 34-year-old... 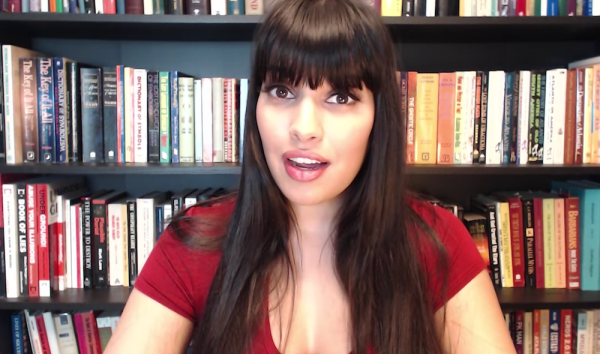 “If you’re a military stud/vet I’d like you to c*m stand at attention for a new project I’m launching soon,” she wrote Feb 13 via Twitter.

She is still scouting some female talent, but will be doing a number of scenes herself in the meantime.

This site, Carrera told Popular Military, will be geared towards veterans’ interests.

“I plan to do a lot of scenes at the gun range,” she said.

This is not the first time Carrera has made the news for her involvement with veterans. Because her dad was a Vietnam veteran, she has been an outspoken advocate for military members and their families.

“Veterans are very supportive of our industry,” she told Task & Purpose in a prior interview. “I get emails from guys all of the time saying, ‘Hey, your work helped me get through deployment. Thank you.’”

A number of her videos on YouTube channel address post-traumatic stress disorder, and she donates to a number of veteran organizations. In February 2016, Carrera took an Army Reserve sergeant to the Adult Film Awards as her date, and she plans to again in 2017.