How To Survive If A Nuke Goes Off In Your Town

Since the world was first exposed to the devastating power of nuclear warfare when the United States dropped bombs on... 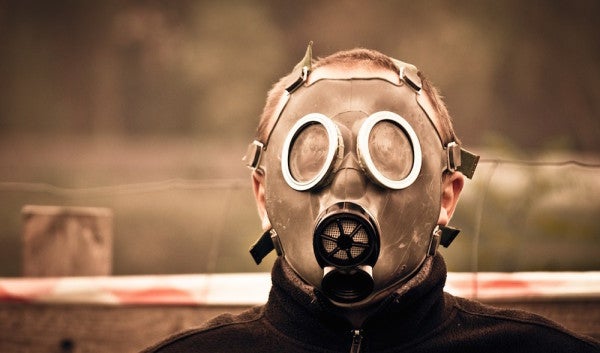 Since the world was first exposed to the devastating power of nuclear warfare when the United States dropped bombs on Hiroshima and Nagasaki to close out World War II, the fear of such an attack has loomed ever-present in the minds of people around the globe. Or, at least, I am one such person, and at the risk of sounding paranoid, I have to wonder, “What do you do and where can you hide from a nuclear bomb?”

First, if you're within 50 miles of ground zero, you'll know what's happening when you see a flash of bright light, which could give you flash blindness, according to Lifehacker.

Next, the best thing to do is hide.

If you can find a dense, protective shelter within five minutes of exposure, you should, according to researcher Michael Dillon from the Lawrence Livermore National Laboratory. But if getting there would take longer, it’s best to stay where you are for at least an hour before making moves.

The Federal Emergency Management Agency has an infographic that can help you figure out the safest place to hide, based on the surrounding buildings.

Your best option is to be underground, surrounded by concrete, where the dense material will prevent radiation exposure. Wooden structures, though better than nothing, will not protect you from radioactive fallout.

If you can, while sheltering, the EPA suggests you avoid doors and windows. You should also lose your contaminated clothing by sealing them off in a plastic bag and keeping them away from people.

As soon as you can, shower, using shampoo and soap, but no conditioner. It binds radioactive material to your hair, Lifehacker writes. In addition, you should avoid scrubbing or scratching your skin, which could make it more susceptible to exposure.

And if you can't get to a shelter, try to find a depressed area to hide in, exposing as little skin as possible. After the blast, you have 10 to 20 minutes before a lethal amount of radiation comes down from the mushroom cloud.

During a talk on surviving a nuclear attack, professor Irwin Redlener, U.S. specialist on disaster preparedness, said, “In that 10 to 15 minutes , all you have to do is go about a mile away from the blast.”

With the resurgence of Cold War tensions and North Korean sabre-rattling, fear about nuclear winter is on the rise. While I used to think doomsday preppers took things too far, maybe there is something to that whole, having-a-nuclear-bunker thing?