Every day when I leave work, I pop in my earbuds and throw on my favorite playlist. As I walk … Continued 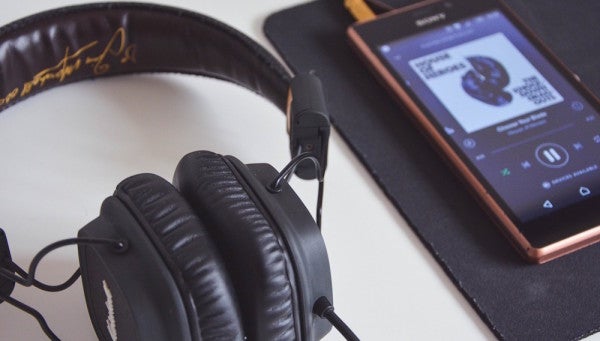 Every day when I leave work, I pop in my earbuds and throw on my favorite playlist. As I walk down the block to catch my train home, my mood steadily improves. While the music drowns out all other sound, I find myself feeling less and less hostile toward the inane actions of fellow commuters, and by the time I get home and throw my phone on the couch, I’m actually happy (weird). But music, it turns out, affects your brain the same way that exercise and taking opioid drugs do: It gets you high.

A study performed by Scientific Reports recently tested the effect of naltrexone — a medication normally used to dull the effects of opioids — on musical enjoyment. The small study had 15 students select two songs that they loved, giving half of them naltrexone and the other half a placebo. They then switched the naltrexone and placebo distribution among the students and repeated the test.

The researchers found that participants moved their facial muscles less with naltrexone in their system, indicating that the drug reduced their response to the songs they were hearing.

According to Popular Science, “This went for both positive and negative emotions — the highs felt lower, and the lows felt higher.”

Basically, the music caused the students to feel heavy emotions, and those on naltrexone experienced a dulling of the effects, meaning that the same part of the brain that makes you feel high on drugs is similarly impacted by music.

Because it’s a small study lacking variables, it may not be 100% accurate. Still, it does suggest the brain’s reaction to various stimuli are similar.

So the next time you’re feeling down, don’t hit up your weed dealer. Just get high on Spotify.