Tips From A Military Lawyer On How To Win Any Argument

The next time you’re arguing with your friends over whose turn it is to buy beer, you can come prepared. 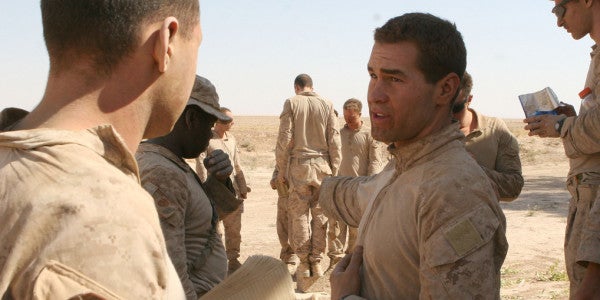 Whether you're at home, in the office, or at a party, knowing how to make a convincing argument is an invaluable skill. So, the next time you're arguing with your friends over whose turn it is to buy beer, come prepared.

Task & Purpose spoke with Benjamin Voce-Gardner, a former Navy lawyer and an Iraq War veteran with 10 years litigating experience. He laid out how to make a compelling argument and walked us through how to put that into action in everyday life.

Related: An Army interrogator's tips for picking someone up at a bar »

“I think the key with a convincing argument is sticking with the facts,” said Voce-Gardner. “Stay away from exaggeration or hyperbole. The winning arguments are always the ones that are the most clear, most easily understood, and most inline with the facts as they exist.”

How you structure your argument is going to be based on what you're trying to accomplish.

“If I were going to make an argument in court, I would probably start by laying out the facts, then my next step would be to present what I think my opponent's best argument is, then explain why it's flawed, then present my argument as the unflawed solution,” said Voce-Gardner.

While that's all well and good in court, when you're hanging out with your buds at your local watering hole, that might not be the best approach.

“I think if you are too strategic about winning arguments with your friends, you won't have a lot of friends by the time all is said and done,” Voce-Gardner said.

What you want is for all parties to leave feeling like they got something out of it.

“What you want in the end is people to agree with you, not because you're right, but because we all agree that it's the right answer,” explained Voce-Gardner. “I think the best argument is when you're done with it, everyone thinks that your solution was their own brilliant idea.”

Another key component is speaking with confidence.

“People are more inclined to buy off on your position if they believe that you believe your position,” said Voce-Gardner. “That's going to be based on your tone of voice and your body language.”

One thing you can do is to use your body language to emphasize your point, rather than using it as a way to express nervous energy. So, turn your awkward hand-wringing into a decisive and firm knifehand, or repurpose your sidelong glance out the window into a ponderous stare.

More important than body language, you have to buy into what you're selling.

“You need to be convinced of your own argument before you make it and you need to convey to whoever you're arguing to, that you believe your argument.”

Knowing how to make a strong argument is one thing. Knowing when to stand your ground or let something go is another.

How the stakes affect the outcome of an argument.

“If nobody really cares that much, I think people are going to back down, or alternatively it's going to be personality driven,” said Voce-Gardner. “There are some people who will argue just for the sake of arguing.”

The world is full of people like that, who need to win, regardless of what they're fighting over. Try not to be one.

“Professionally, as an attorney, every argument you make is the most important argument you've ever made,” said Voce-Gardner. “But in your personal life, I think a big part of being credible is knowing when to back off and when to let it go.”

If you're the type of person that turns a light-hearted argument into a massive fight, you're going to undermine your credibility.

“I think people will be inclined to discount some of your better arguments because they can't tell when you really believe what you're saying or when you're fighting just for the sake of it,” said Voce-Gardner. “No one's going to take that person seriously.”

Which leads to the final point.

If you want to win an argument, don't be a jerk.

“I think if the person you're arguing with concludes that you're a jerk, it doesn't matter how right you are,” explained Voce-Gardner. “They're not going to want to capitulate to you.”

If you've managed to turn your drinking buddy into an adversary because you fought too hard over who's covering the next round, there's a good chance they're going to stick you with the bill out of spite.