How one veteran found purpose again

The physical and mental struggle Michael endured was long and arduous, but he attributes his post-service success to accepting what you’re going though, and being honest with yourself. 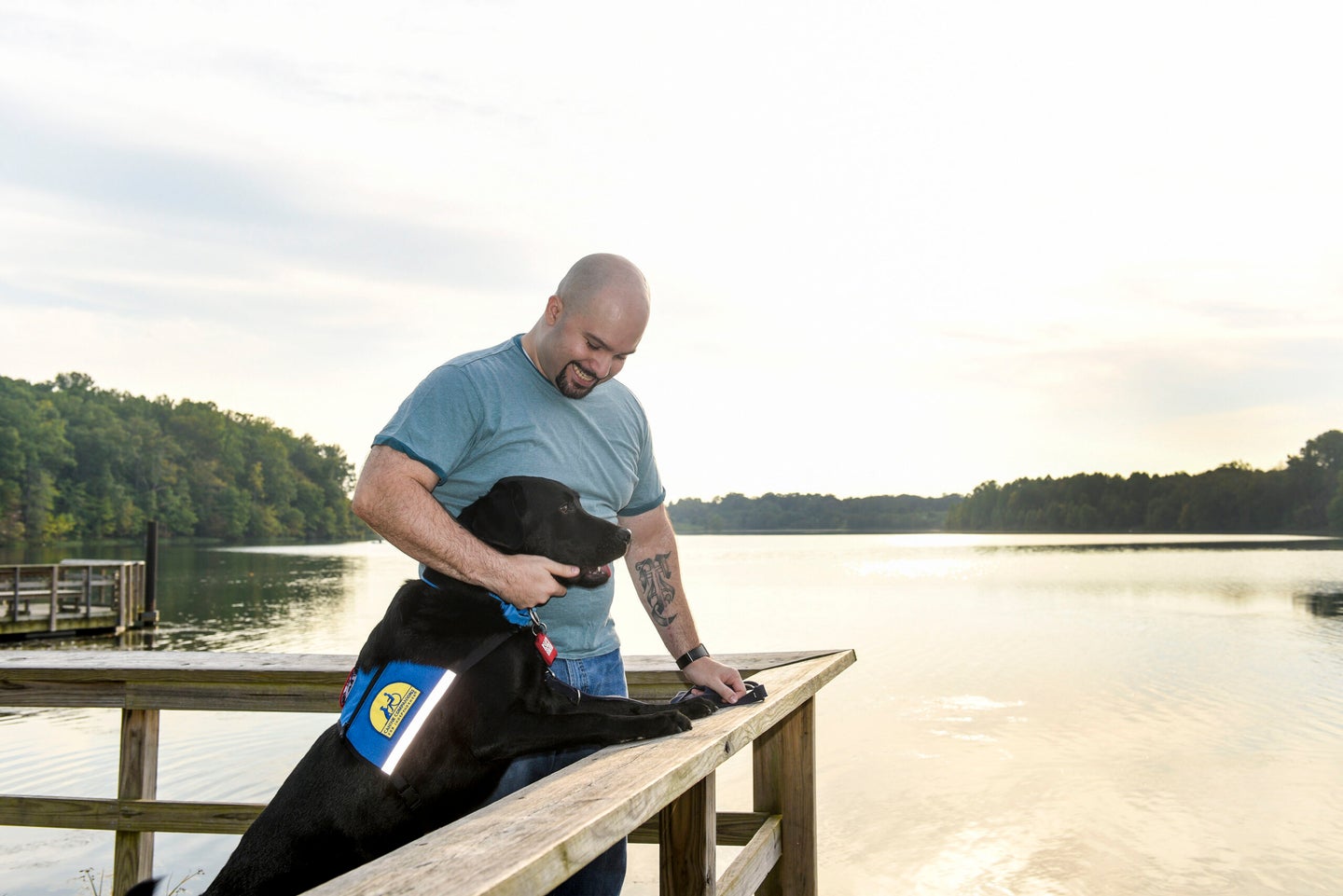 In early 2005, Michael Carrasquillo was stationed with the 173rd Airborne Brigade performing air assault missions, looking for high-value Al-Qaeda targets in Afghanistan. On the fifth day of this mission, they ran into an ambush and a member of the team was shot through the leg. Without a second thought, Michael ran out into the open and dragged the injured Soldier back to safety, but his heroic actions would come at a cost. Michael was shot five times and his situation was critical. He spent two years in the hospital, and though his heart stopped twice, and he was forced to undergo over 40 surgeries, Michael had the same thought playing back through his head the entire time, “All right, patch me up, I’m going back.”

Michael Carrasquillo was a senior in high school on September 11th, 2001. A born and bred New Yorker, Michael felt a calling to do something. “As much as it was personal for America, it felt super personal for me.” As soon as he could, Michael joined the Airborne Infantry, completing basic training, advanced infantry, and Airborne School all in Fort Benning, before getting shipped off to Vicenza, Italy, to join the 173rd Airborne Brigade.

Michael’s first deployment was in Iraq, where he spent fifteen months before being re-deployed to Afghanistan. Michael finally felt like he had found a home and he was planning for a long career in the military. He describes it as “getting to be part of (a) brotherhood… actually feeling like I had a family… There was nowhere else in the world I wanted to be.” He had already spoken to the retention officers about EOD school, and he was a week away from re-enlistment when tragedy struck.

For two years in the hospital, Michael had to wrestle with the fact that “something that I was so excited about… (was) ripped out of my hands kicking and screaming.” He struggled a great deal with the inability to do anything while he got better. He wanted to be in combat and lying in a hospital bed was the farthest thing from it.

It took two years for doctors and nurses to get Michael healthy enough to leave the hospital. Unfortunately, the focus was entirely on his physical wellbeing and his mental health took a back seat. When Michael was eventually medically retired and discharged from the hospital, he was at a complete loss. “I’m 24 and now I’m a disabled veteran, and they’re like, ‘Go enjoy your retirement…’ I just wasn’t mentally prepared for this… and I didn’t know what to do.”

Though he might not have been able to put it into words at the time, Michael was suffering from depression, anxiety, PTSD, and he started to spiral. “I was not doing well for a number of years… I was headed for a real, real, real bad place.” But just like the brotherhood he discovered among his fellow Soldiers in the military, a new community presented itself in the Wounded Warrior Project, an organization dedicated to helping veterans transition to civilian life.

Michael started small, meeting with a few other members of the organization and attending some events. But that small push was just what he needed to re-enter the civilian world. The transition wasn’t easy, but with the help of organizations like the Wounded Warrior Project, Michael found a community of like-minded individuals and re-discovered the reason he joined the military in the first place. “If I’m going to work,” Michael decided, “I want it to have a purpose, I want it to be something I’m connected to.” As Michael continued to get more comfortable in civilian life, he decided his new purpose would be helping vets going through what he went through. He entered a work training program that prepares vets to work in IT for the VA, allowing Michael “to better the lives of so many other veterans that rely on the VA.”

The physical and mental struggle Michael endured was long and arduous. But he attributes his post-service success to accepting what you’re going though, being honest with yourself and opening yourself up to the idea that the world is your oyster. “You put a plant in a terrarium, it’s only going to grow to the boundaries. You want to grow outside of what you’re comfortable with, you want to push yourself.” Michael stepped out of his comfort zone and sought a creative outlet in stand-up comedy. He now processes his trauma with humor in a way that allows him to control the narrative, and not have his life be dictated by his past. In telling his story, Michael hopes to show other veterans like him that there is a community available to those who need it. And the smallest steps out of your comfort zone is all it takes to get on the right path. Verizon is helping to foster this community by encouraging donations to the Wounded Warrior Project through the Verizon Warrior Series. And to make sure that injured service members like Michael never feel alone, they are providing iPads to help them connect with their families. By working together, we can help the thousands of veterans in need get the help they deserve.