Through the PBB program April was paired with her service dog Waldo, a service dog, and within three months, her life dramatically changed. 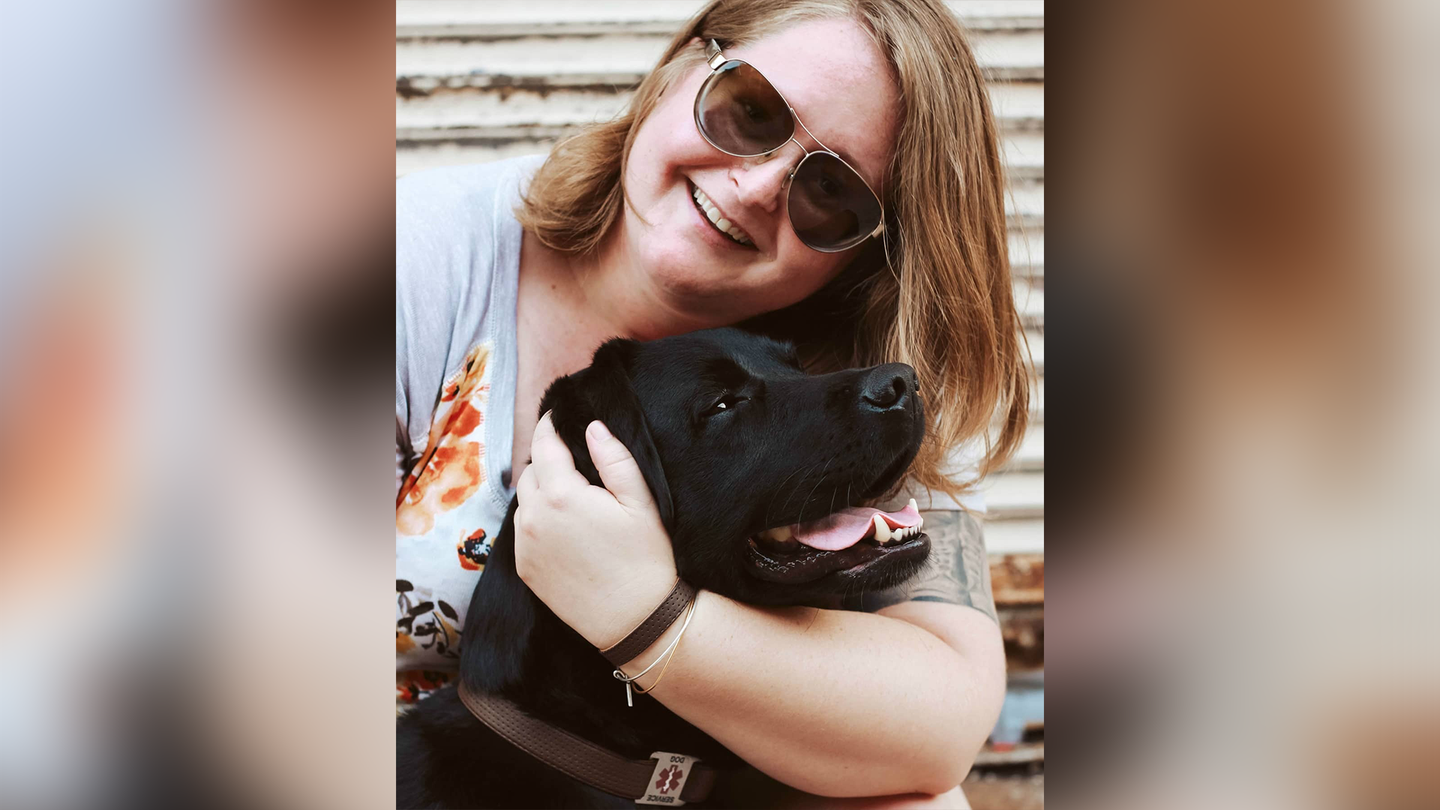 April Grossman has a passion for going above and beyond, which propelled her through her career in the military. And, upon leaving the military, it was that very same perseverance that allowed her to thrive in school and in her work. On the surface, April’s transition from military to civilian life appeared seamless. She graduated with her MBA and starting work at Verizon. However, it was these very achievements that made April’s PTSD all the more difficult to diagnose.

April did not grow up with a lot of money, and like many in her position, she didn’t see college as a realistic possibility. So, in 2008, she decided to join the military for the benefits. But just two weeks into basic training, April realized that serving meant more to her than just the ability to go to school. “Alright, I’m not putting a money patch on my shoulder. I’m putting the American flag on my shoulder… And I quickly realized that serving our country was really why I was doing it.” April initially joined the military with a two-year stabilization waiver so that she could go back to school. However, upon returning from Basic and AIT, April had changed her mind. She was committed to serving her country and April signed away her waiver.

While deployed overseas, April felt an adrenaline rush that kept her alert and ready for anything that might come her way. She thrived on this energy, and she eventually signed on to do two back-to-back tours. But an injury quickly put an end to her plans and soon, April was back home, left to figure out what to do next.

The adrenaline rush of the military was suddenly removed, and in order to fill that void, April didn’t let herself slow down for a second. She finished school, got her MBA, and started working at Verizon. To anyone watching from the outside, April was having no trouble transitioning from military to civilian life. But the reality was much different. April was “going, going, going… trying to succeed in every way possible (to) maintain that high.” But then the transitions slowed down. And though April enjoyed her job, she was finally forced to deal with the day-to-day of civilian life. A year and a half in, April started experiencing paranoia, she would struggle to say hello to people, and she was becoming more and more isolated. In describing her life at the time, April said, “I’m going to work and coming straight home. I’m going to bed at 7:30 at night. It’s just not the life to live.”

April started to reach out for help through the VA. She was placed on 12 different medications and tried one-on-one therapy. But the paranoia persisted. April knew she had to do something. That’s when she discovered Puppies Behind Bars, a non-profit organization based in New York dedicated to training service animals for OIF and OEF veterans as well as first responders with PTSD or Traumatic Brain Injuries. PBB is unique in that the service training is provided by inmates, so not only are the raisers contributing to society, but wounded vets and first responders benefit greatly from the trained animals.

Starting at eight weeks old, the service puppies are matched with an inmate who’s taught how to raise them, teach them commands, and train them to become service dogs. Once the dog completes training, they are then paired with a vet or first responder. April decided to go through the PBB program, she was paired with Waldo, and within three months, her life changed dramatically.

April was down to three medications from the twelve she had been taking previously. “I was talking to people at work. I was (even) talking to leaders at work.” Coming from the strict hierarchy of the military, April had been nervous about talking to superiors. But she found having Waldo around opened her up to people in ways she never thought possible. “Before, I felt like I had nothing in common with anybody unless they were a veteran… But everyone wants to talk about dogs.”

At first, April found it difficult taking Waldo to work, thereby making her invisible wound visible. But her company, Verizon, has accommodated her every step of the way, even going so far as to get Waldo his own Verizon employee ID badge. In fact, Verizon is deeply committed to helping the veteran community by accommodating employees like April and by organizing campaigns like Make the Call, which encourages veterans to reach out to one another.

With the help of Puppies Behind Bars and her service dog, Waldo, April has been able to lead a more productive, fulfilling life. “I’m thinking about him and his needs, but by doing that, it’s taking my mind from the negative to the positive.” April hopes that by sharing her story, other veterans suffering from PTSD will see that there are resources out there, and it doesn’t always come in a medication or a therapist. Sometimes, help comes from a puppy who’s been trained to support veterans just like them.