That’s Basically How It Happened: The Battle Of Fredericksburg

Every American knows — or should know — the basics of the American Civil War. The United States split between … Continued 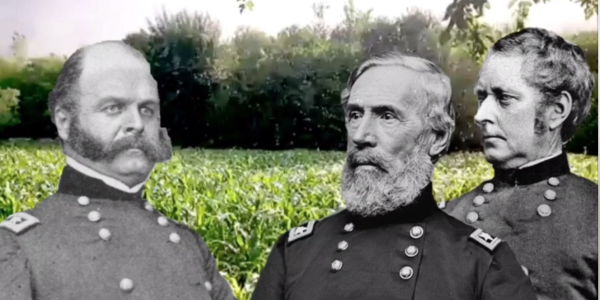 Every American knows — or should know — the basics of the American Civil War. The United States split between north and south, the abolition of slavery was an instrumental aspect, Gettysburg was the biggest battle, Robert E. Lee and Ulysses S. Grant were major players, and it ended with the reunification of the country and President Abraham Lincoln assassinated. That's the gist.

A lot of people may not know that, for the first two years, Union forces were stricken with inept military leaders on a monumental level. Perhaps there's no better example than the Battle of Fredericksburg in December of 1862. It wasn't just a loss for the north, it was a bloodbath of epic proportions. That's mostly due to the stubborn and tactically deficient Union leader, Ambrose Burnside.

Burnside's folly at Marye's Heights, a location directly overlooking the city of Fredericksburg where Union forces attempted failed charge after failed charge, was the most notable blunder in a battle that is arguably the Union's most futile defeat.

When it was all said and done, the Union Army left town with their tails in between their legs and a casualty list twice as much as the Confederates.

Burnside was turning his resignation into Lincoln shortly after. But at least he's known for one positive in the war: the style of facial hair known as sideburns is named after his famous look. True story.