The two aerobatic teams rarely fly together, but did over the coastline near Pensacola on Tuesday, and several onlookers caught the show 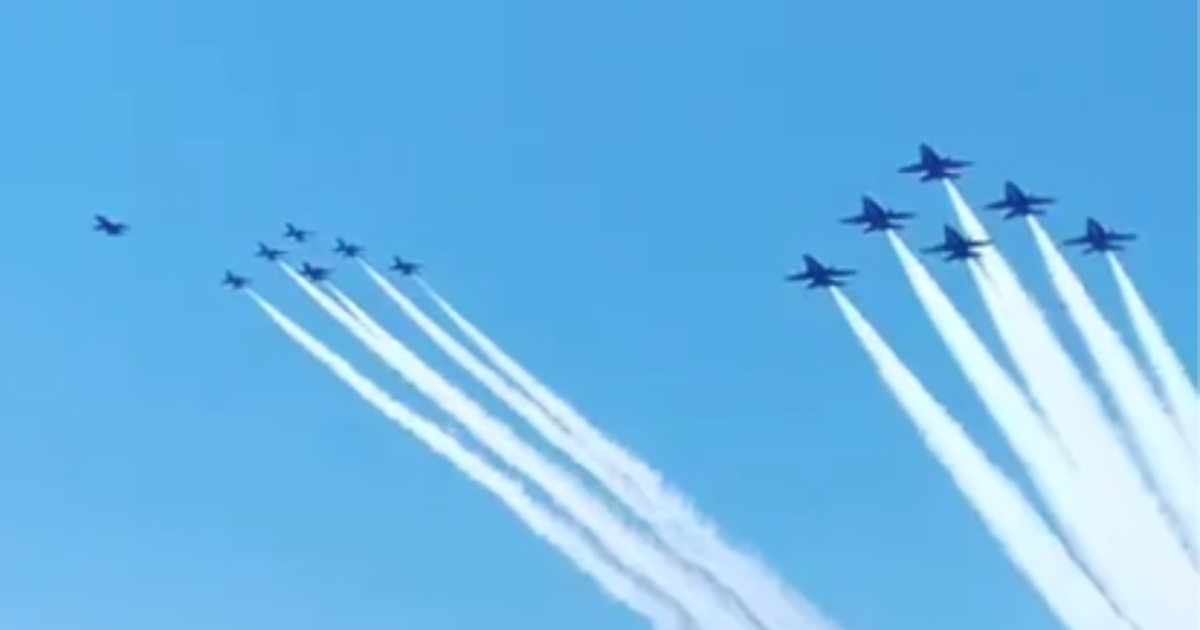 Florida may have lost its spring air shows because of coronavirus, but fans of both the Air Force Thunderbirds and Navy Blue Angels were treated to joint training session this week.

The two aerobatic teams rarely fly together, but did over the coastline near Pensacola on Tuesday, and several onlookers caught the show.

The Instagram account of loftisjohn posted video where one person can be heard as the jets make their approach, “Those arent’ the Blues, those are – oh they’re both out, oh check it out. Those are Air Force Thunderbirds.”

The reason for the joint training has not been announced by the Department of Defense, that oversees both aerobatic teams’ recruiting efforts, but some speculate the dual teams will be venturing to various cities across the country together for a series of flyovers to thank those on the front lines battling the coronavirus epidemic.

The 2020 air show calendar saw the Thunderbirds do a flyover of the Daytona 500 in February, but planned spring stops at Lakeland’s Sun 'n Fun Fly In & Expo, the Fort Lauderdale Air Show and Miami Beach Air & Sea Show have all been canceled. The Blue Angels were also slated to fly this spring at MacDill Air Fest at Tampa’s MacDill Air Force Base and the Vero Beach Air Show, also canceled.

Still on the calendar in 2020 for the Thunderbirds is the new Lockheed Martin Space and Air Show to be held at the Orlando Sanford International Airport on Oct. 31-Nov. 1.

And the Blue Angels have their traditional summer Pensacola Beach Air Show on July 11 and Blue Angels Homecoming Air Show at NAS Pensacola on Oct. 16-17.