Over the weekend, the airmen at MacDill Air Force Base made the mistake of inviting a known fraud into their midst 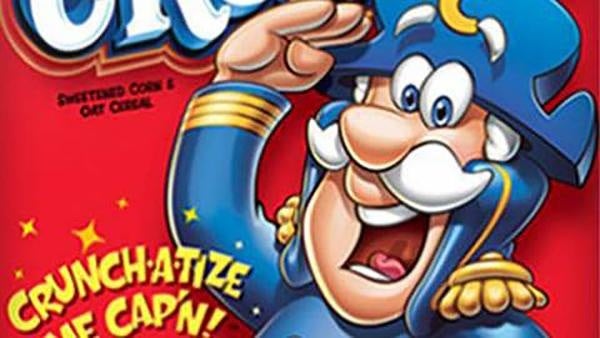 Over the weekend, the airmen at MacDill Air Force Base made the mistake of inviting a known fraud into their midst.

On Saturday, the official Twitter account of the Defense Commissary Agency (DeCA) welcomed Cap'n Crunch to the premises of the MacDill AFB commissary with a cheeky message.

The Captain came to visit the @MacDill_AFB Commissary!

This tweet is a perfect opportunity to remind DeCA that Cap'n Crunch isn't a captain at all but a fat fucking fraud.

In 2013, amid a series of questions regarding Crunch's uniform, the Navy confirmed that the fictional cereal mascot was probably just a commander due to the three stripes that appear on his sleeves in most representations.

Indeed, a deeper search of historical images conducted by NPR revealed and Cap'n Crunch often sported and inconsistent number of stripes on his uniform; in the MacDill AFB set-up, he's rocking the twin stripes of a lieutenant.

More importantly, a Navy spokesman told Foreign Policy that “personnel records do not show a “Cap'n Crunch” who currently serves or has served in the Navy.'”

Say it with me now: Cap'n Crunch is stolen valor and should not be allowed onto any base or into any commissary, ever, for all time — if only for the health of your teeth.

This has been a Task & Purpose public service announcement. Please show this article to your local security forces; we know they'll appreciate it.