Yes, your latest military social media trend has arrived, and honestly, this is one I can actually get behind 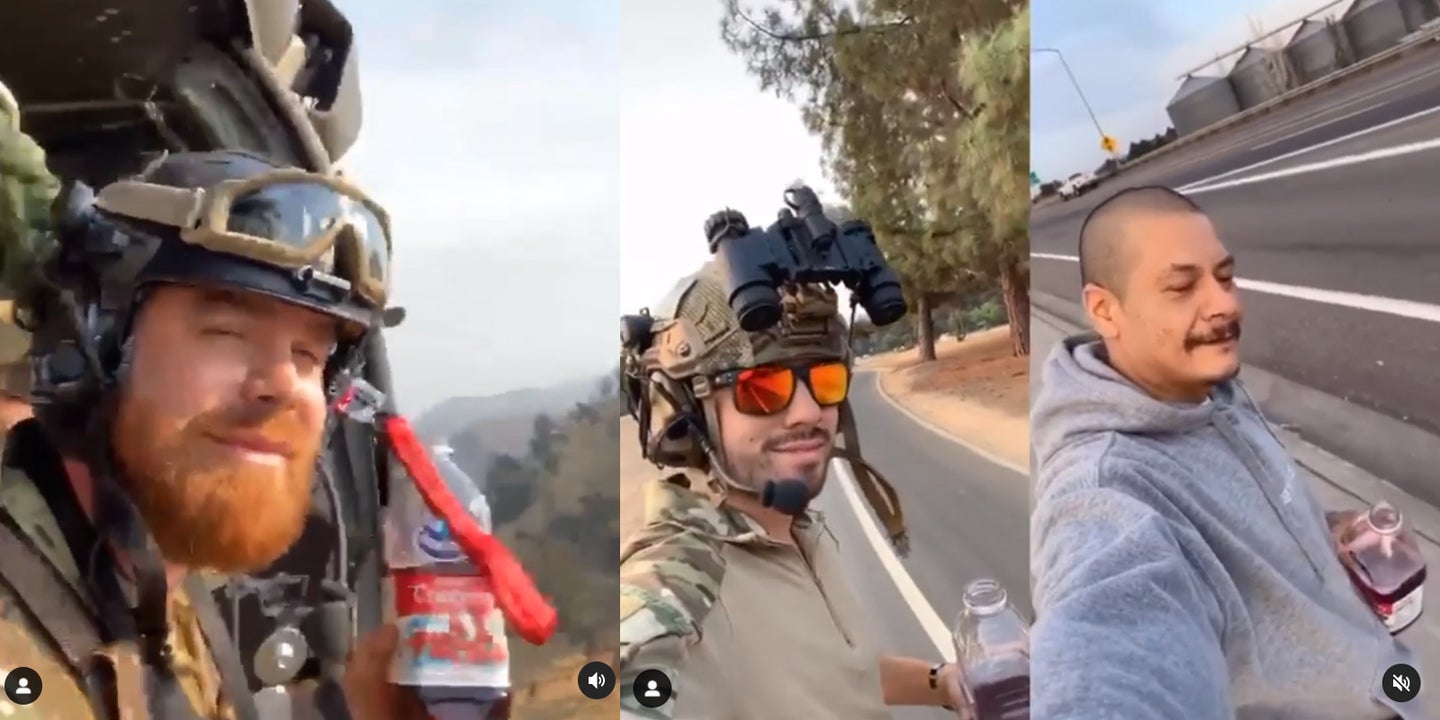 Yes, it appears that your latest military social media trend has arrived. Gone are the days of boot Marines, sailors, soldiers, and airmen chewing on Tide pods. Say so long to recent trends, like ‘He’s a Marine‘ parody videos and the short-lived, but lively WAP military TikToks.

And honestly, this is one I can actually get behind.

The video is a take on a recent viral trend, called the “cranberry challenge,” or “dream challenge,” or “cranberry dreams” — it’s hard to tell who has the final say on what a viral fad is called, though it’s often accompanied by “vibing,” for obvious reasons. I mean, you can’t help but vibe while watching it.

The trend started on TikTok after Nathan Apodaca posted a video of himself riding his longboard, sipping cranberry juice, and lip-syncing to Dreams by Fleetwood Mac. It was an instant hit: Irreverent, funny, and guaranteed not to bother or offend anyone.

The video immediately went viral, as did other versions of it. Fleetwood Mac co-founder Mick Fleetwood even created a TikTok account to make his own video.

And it appears to be making inroads on military social media. The above video was created by Clandestine Media Group, a veteran-run company that focuses on providing photo, video, and design services geared toward the tactical gear industry.

In it, you can see the company’s founder, Luke Quinn, in the center frame as the bird zips along — he’s the guy with the bushy red beard and the jug of Ocean Spray cranberry juice.

A former Army Special Forces soldier who served from 2001 to 2014 before getting out as a sergeant first class, Quinn and his crew — all of whom except for the dog handler are veterans — had rented a helo for a photoshoot and decided, almost on a whim, to shoot their own version of the viral video.

And frankly, I’m glad they did.

Prior to Clandestine Media’s rendition, Joseph Watanabe posted his own version of the clip to his Instagram page, which features him decked out in an Army-issue frog top and rocking a kevlar with night vision goggles as he cruises along, sipping on his cranberry juice. According to Watanabe’s Instagram account, he’s an Army veteran and former combat medic.

It was Watanabe’s video that actually inspired the folks at Clandestine Media to make their highly tactical version.

“He was doing it on his skateboard, and it was an awesome rendition, so we just figured: We were doing a helicopter photoshoot anyways, so we just did it on the way to the actual shoot, as we were going to the landing site,” Quinn told Task & Purpose.

“We had no idea it would go so well, but it definitely turned out really well,” he said, before admitting that their spotlight was unexpectedly stolen… by this guy:

A good boy at the 43-second mark. pic.twitter.com/8h9CILfTGf

“I think people actually watched and shared it for the dog more than anything. It’s hard not to love that little pup,” Quinn said, before adding that the dog, it turns out, is actually a bit of a celebrity and has appeared on CBS military series SEAL Team.

Though there hasn’t been a flood of videos on military social media, yet, I’m hoping that this might be a trend that actually catches on. Just, you know, wear your reflective belts.