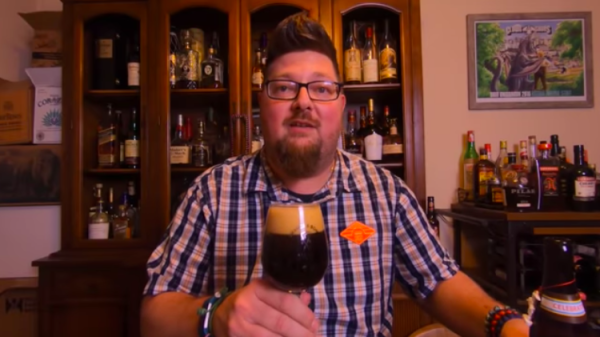 If you run across Army veteran Del Hall in Cincinnati, Ohio, over the next couple of weeks, offer to buy him a beer.

No, seriously — it's all he's can have until mid-April.

Hall, the director of sales at Cincinnati's Fifty West Brewing Company, is fasting and having only beer for his caloric intake during Lent, the six-week religious season during which people typically give up daily vices like chocolate, soda, or social media use.

His journey was first reported by the Cincinnati Enquirer.

Since he has started his fast on Mar. 6, Hall claims he's lost over 25 pounds, according to his Facebook where he's posting daily status update videos of his weigh-ins, as well as weekly recaps.

But while weight loss is a nice side benefit, it wasn't the goal. Hall told Task & Purpose he prefers to call his journey a “personal challenge” rather than a “diet,” a time when he's working to be introspective and learn about himself.

“I feel my senses are heightened, I feel my eyesight's better, I feel mentally sharper, in the morning I don't have grogginess — I wake up and I'm ready to go,” he said. “I've really felt like there's hardly any inflammation in my entire body right now. I feel really good.”

Hall enlisted in the Army in 1996, he told Task & Purpose, assigned to the 558th Signal Company. He spent nine years total in the service — about two of those were spent on active duty and the other seven in the reserves. He went into intelligence after the September 11 attacks, and finished his Army career in 2005 as a counterintelligence agent working out of the Joint Reserve Intelligence Center.

The idea of sustainment-by-beer originated in the 1600s, Hall told Task & Purpose, when monks would drink only a style of beer called dopplebock while fasting because it had “a lot of carbohydrates and a lot of calories.”

Hall said he drinks a variety of beers, though, because here in the Land of the Free and Home of the Brave, “we brew lots of different styles…There are a lot of high-calorie, high-carbohydrate beers.” (You're damn right there are.)

It's worth noting that Hall did consult his doctor before starting his fast, and is taking a daily multivitamin along with ensuring that he stays hydrated with plenty of water. And he told Task & Purpose that his job puts him in a unique position to be able to do something like this; working at a brewery provides him with plenty of options, his job is to drink and promote beer, and anything alcohol-related can be expensed, including transportation like Uber or Lyft throughout the day.

“After Lent ends, I'm going to slowly acclimate myself back to food, through soup and vegetables and things like that,” Hall told Task & Purpose. “I'm hoping it breaks my addiction to food, and also it kind of resets my system where I have a healthier relationship with food.”

“This isn't like a frat boy stunt,” he added. “I'm 43 years old and I've practiced fasting in some form or fashion for several years now.”

As for the best beer he's had thus far, he told Task & Purpose it's his brewery's oatmeal stout called Spare Parts; it's described on the brewery's website as a “Chocolate Maple Toasted Almond Stout” with “drippy notes of syrup and chocolate with nutty undertones and complex malt notes of caramel and roast.” Hall said it tasted like “some sort of breakfast…I felt like I was having breakfast, I didn't feel, like, left out.”

SEE NEXT: Sweet, Sweet Alcohol Is Coming To A Commissary Near You