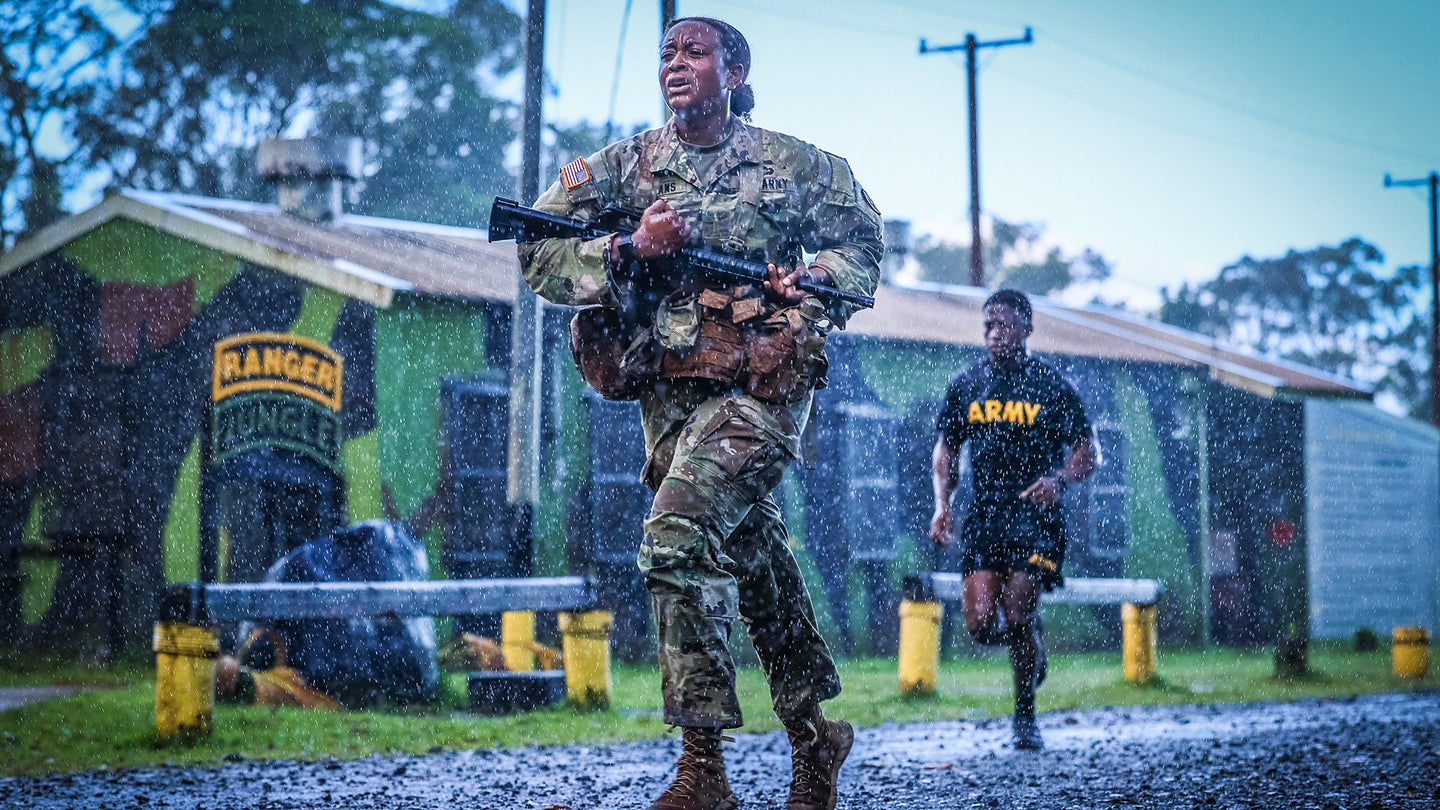 “It ain’t training if it ain’t raining,” goes the age-old military saying, which is usually uttered by someone high in rank standing under an overhang, shielded from the pouring rain, as miserable soldiers jog past with a look on their faces that might be seething rage, if only they had the energy for it.

Doing exhausting, uncomfortable things for no good reason is a staple of military life, so much so that it’s inspired a shorthand phrase: Embrace the suck.

It’s fitting then that one of the photos that the Department of Defense highlighted as the best of the year shows exactly that:

The photo, which was taken by Army Spc. Jessica Scott, shows a soldier with the 25th Infantry Division Artillery as she wraps up a 5 kilometer run — after already doing a swim test — at Lightning Academy Schofield Barracks in Hawaii on May 14 in preparation for the Army’s Jungle Operations Training Course. The fact that someone would need to endure a god-awful-no-good run through the muck to prepare for a training event is a testament to how difficult the Army’s jungle course actually is. As the service notes, between 30 to 40% of attendees fail to make it through the three-week training regimen on Oahu, where they learn to live without shelter, forage for food, find water, and how to navigate the dense vegetation of the jungle.

The image, which again, shows soldiers training for a training course, comes with the fitting, but almost-too-gleeful caption “Rain Runners,” which was probably decided by the same kind of person who thinks that a “fun run” isn’t a contradiction.

The photo shows a second lieutenant as she runs at a brisk, but beleaguered clip. As she slogs along, perhaps willing her knees higher — but not so high that she loses her footing as she goes — another runner can be seen behind her, likely an instructor or observer. Unlike her, he’s unencumbered by utilities and a load bearing vest, with no rubber M4 rifle to weigh him down and no combat boots trapping water inside and drowning his toes. He’s free to gracefully lope along in the rain.

As for who this oh-so-tired but oh-so-determined soldier is, we may never know — though if you do, hop into the comment section so we can give her a proper shoutout. But one thing we’re confident about is what she was probably thinking in that moment: Fuck. This. Shit.

And it’s just as likely that the next thought to cross her mind was: Screw it, let’s get this done.

In other words: Embrace the suck.

Top Photos Of The Year
US Army