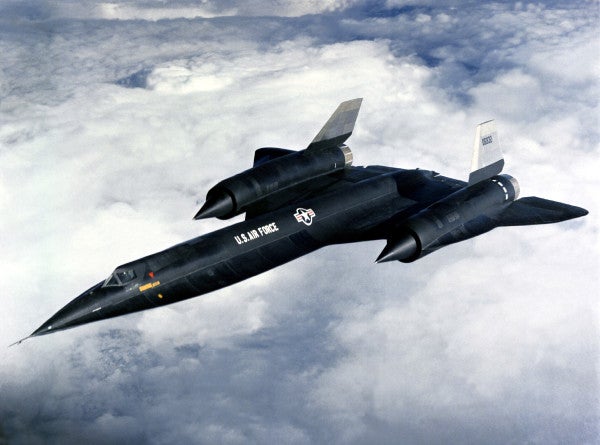 Tesla and SpaceX founder Elon Musk and pop singer Grimes have welcomed a baby boy into the world with one of the most unusual names we've ever seen: X Æ A-12.

Don't ask me how to pronounce this name because I have no idea, but according to the couple, the moniker was at least partially inspired by the predecessor to the SR-71 Blackbird, the Lockheed Martin's legendary Mach 3 strategic reconnaissance aircraft and preferred delivery aircraft of brightly-clad, specially-trained multinational strike teams.

Musk and Grimes explained their newborn's name in a delightful post-delivery exchange on Twitter:

To be clear, it's not the SR-71 itself that the couple is paying tribute to but Lockheed's A-12, the special reconnaissance aircraft built for the Central Intelligence Agency by Lockheed's Skunk Works division under its 'Archangel' design effort in the late 1950s.

Produced from 1962 to 1964, a grand total of 13 A-12s flew missions over North Vietnam and elsewhere in southeast Asia during the height of the U.S. military campaign there before retiring in 1969, eventually serving as the precursor aircraft to both the SR-71 and the YF-12 prototype interceptor.

Of all the aircraft to name your child after, 'Archangel-12' is a fine choice. But this whole saga leaves us with one nagging question: What, exactly, was Musk smoking? And where can I get some?

Just kidding. Congratulations to Musk and Grimes on their beautiful child! May he dominate the skies at supersonic speeds for the duration of his long service life.