Florida man loses more than 180 pounds to join the Army 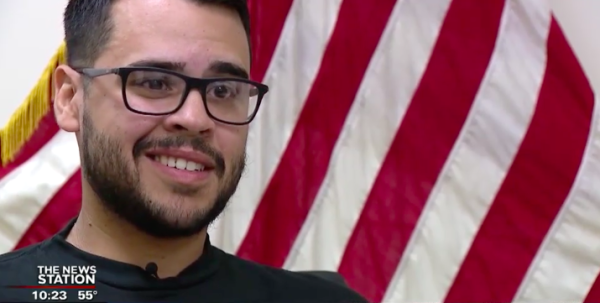 One Florida man is living proof that you can do anything if you want it badly enough.

Christopher Montijo, a 28-year-old father of two, said his dream of joining the Army was put on the hold because he was almost 150 pounds over the weight limit, according to WOFL, an Orlando Fox affiliate.

It was “draining to walk, to sleep, to do anything,” he told WOFL; he knew if he wanted to see his children grow up, he'd have to make a major life change.

Through cutting out soda and eating out along with walking more, Montijo has dropped over 180 pounds — almost half his body weight — and passed the Army's physical fitness test. (It doesn't appear he took a page out of this veteran's book, who dropped weight by consuming beer and beer only for Lent.)

He told WOFL he “feels amazing,” and he'll arrive at Fort Jackson at the beginning of 2020 with the rest of the recruits heading to basic training.