More than three decades since the release of director Stanley Kubrick's Marine Corps masterpiece Full Metal Jacket, actor Matthew Modine may still be best known for his performance as Pvt. Joker in the film 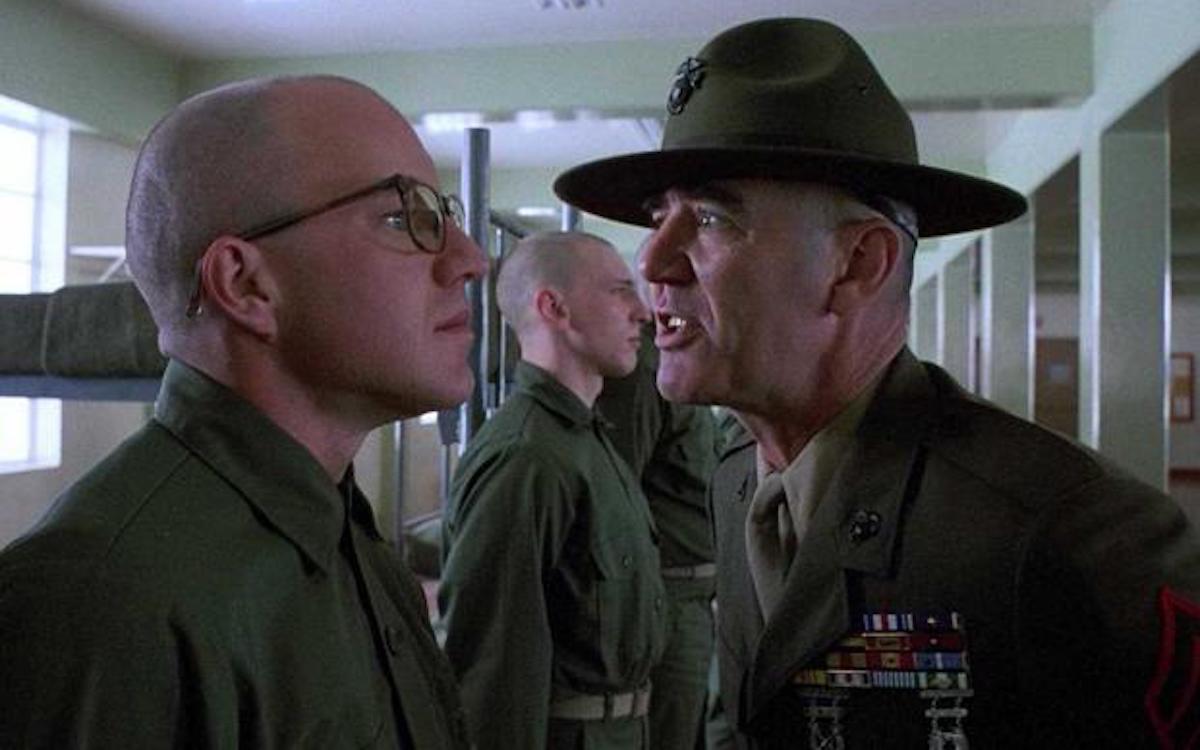 More than three decades since the release of director Stanley Kubrick’s Marine Corps masterpiece Full Metal Jacket, actor Matthew Modine may still be best known for his performance as Pvt. Joker in the film.

Of course, the movie may be best remembered for Marine veteran R. Lee Ermey’s epic work as Gunnery Sgt. Hartman, a character who’s the source of some of the greatest film quotes ever.

Vincent D’Onofrio launched his career as the tortured recruit Pvt. Leonard “Gomer Pyle” Lawrence, creating a large target for Gunny’s temper and displaying a shocking rage of his own.

Modine’s long career has featured memorable roles in Birdy, Married to the Mob, 47 Meters Down, The Dark Knight and Stranger Things, but it’s Full Metal Jacket that continues to fascinate. He just gave an extensive interview to The Hollywood Reporter that focused on his work with Kubrick in Full Metal Jacket and director Christopher Nolan on The Dark Knight.

Here are the most surprising ‘Full Metal’ facts from that conversation.

1. R. Lee Ermey was injured in a car accident just before filming started and played the role of Gunny Hartman with broken ribs

Kubrick shot the Vietnam-set second half of the movie first as Ermey tried to recover from his injuries before the crew moved on to the boot camp scenes. The gunny still hadn’t recovered by the time his scenes were filmed and he was in quite a bit of pain. Modine remembers, “Anybody who’s ever broken their ribs knows that there’s not much you can do to help yourself when you have broken ribs; you just have to push through it.”

Modine and D’Onofrio were both aspiring actors in New York City and became friends after meeting at an audition. Vincent studied acting with Lee Strasberg and Matthew with Stella Adler. The two instructors taught very different techniques, something that would become important on the set of Full Metal Jacket.

D’Onofrio was working as a bouncer at the Hard Rock Café in New York while Modine was filming the Vietnam scenes in London with Kubrick, who still hadn’t cast the role of Pvt. Pyle. Matthew suggested his skinny friend Vincent, even though the role called for a Southern accent and a heavyset actor. He arranged for an audition tape, and Kubrick hired D’Onofrio.

Though that bit of great fortune might’ve brought them closer together, the two actors clashed on set because of their different acting styles. “In many of those scenes where I’m teaching him how to make his bed or lace his boots or take apart and then reassemble a rifle, we wanted to kill each other. … But I think it worked well for the film, and we’re friends today. We’re very good friends and love one another. But yeah, during the making of the movie, it got really ugly,” Modine told the Hollywood Reporter.

3. An abandoned British gasworks was the stand-in location for Huế , and the ground was polluted with toxic waste

Shooting those Vietnam scenes was brutal because the soil was loaded with carcinogens and asbestos. “When you went home from work and took a bath, the tub would literally turn a kind of cobalt blue with all this dirt and chemicals that came off of your body. It was a sickening place and, after we finished up at Beckton, we all needed an opportunity to relax and cleanse that crap out of our bodies,” Modine said.

4. D’Onofrio and Modine did their own stunts during the boot camp scenes

Back then, all the CGI that makes your Marvel heroes seem so athletic either didn’t exist or was in its earliest stages. Kubrick also wanted his actors to experience the training, so they didn’t bring in stuntmen for the most difficult scenes.

They didn’t use any safety wires, and Modine thinks D’Onofrio broke his knee because he’d put on so much weight to play Pyle. Modine says, “He was getting ready to jump over one of the obstacles, and when he planted his foot, his knee just popped and it destroyed his knee. So he didn’t have full control over his leg and his knee when he was climbing up that obstacle; it was terrifying.”

Pvt. Joker’s imitation of the Duke is one of the best bits in the movie. Even though Modine’s dad ran a drive-in movie theater and often ran John Wayne movies when the actor was growing up, he says that it was Mel Gibson who inspired his impression.

One of Modine’s earliest big roles was in the drama Mrs. Soffel, starring Meryl Streep and Mel Gibson. Even though Mel was born in the USA, he had grown up in Australia and had a thick Aussie accent. The dialect coach wanted him to slow down his speech as he learned to sound more American.