I never imagined I'd have to write this out, but here it goes: "Winning World War II had nothing to do with haircut regulations." 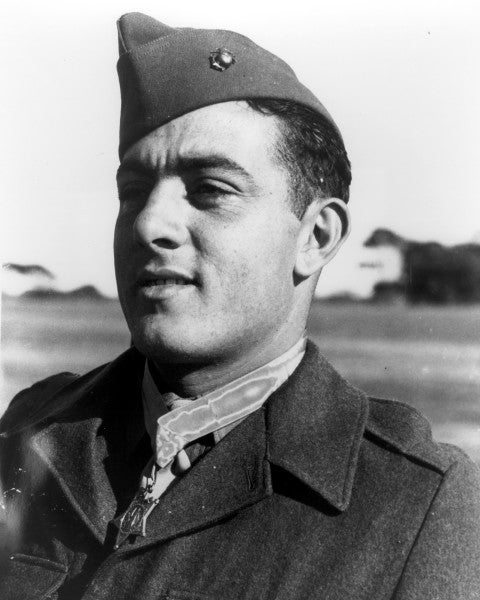 Bringing up military grooming standards and haircut regulations is, without a doubt, the easiest way to find out who among your group of friends got out after one enlistment, and who stayed in for life.

One group will proclaim that the shortness of one’s hair and the tightness of one’s fade are inversely proportionate to how much discipline a service member has. The other group will shrug, stick their hands in their pockets, and walk away because they have more important shit to worry about.

This debate is basically the military’s version of the chicken or the egg conundrum: Do haircut regulations make service members disciplined, or do service members choose to get screaming high and tights because they’re disciplined and follow orders, no matter how asinine?

It’s worth considering, since the fight over military haircuts is now making national headlines.

Days after Marine Corps Base Camp Pendleton in California announced that barbershops there would remain open in the midst of the novel coronavirus (COVID-19) pandemic, Task & Purpose Pentagon Correspondent Jeff Schogol decided to put the age-old question to Defense Secretary Mark Esper and Army Gen. Mark Milley, the chairman of the Joint Chiefs of Staff.

Here's what happened when @JeffSchogol asked Gen. Mark Milley whether haircuts for Marines are mission-essential pic.twitter.com/NatEENQe9E

In his answer, Milley appeared to suggest that the Battle of Iwo Jima during World War II was won, at least in part, thanks to some haircut-inspired discipline.

“For many many years, the United States military has had hair standards,” Milley said, before offering a personal anecdote.

“As the son of a Navy corpsman who hit the beach at Iwo Jima with the 4th Marine Division, it took extraordinary discipline to conquer that island,” Milley continued. “That Marine victory was a result of incredible discipline of America’s 9-1-1 force and expeditionary force. It may seem superficial to some, but getting a haircut is part of that discipline.”

Now, regardless of where you land on the debate over whether three inches on top is two inches too many, there’s one thing we should all be able to agree on: Winning World War II had very little, if anything, to do with haircuts.

And we here at Task & Purpose are hardly alone:

Feel free to use @DuffelBlog.

So, in light of all this, we decided to go ahead and pull up some photos of World War II heroes who kicked the ever-loving shit out of tyranny and fascism, all while sporting beautifully belligerent haircuts, starting with:

Marine Gunnery Sgt. John Basilone earned the Medal of Honor at Guadalcanal for hip-firing a heavy machine gun to the point that he gave himself third degree burns, and when he wasn’t doing that, he was running ammo through a jungle crawling with enemy soldiers, so his Marines wouldn’t be overwhelmed. Basilone was killed on Feb. 19, 1945, during the Battle of Iwo Jima, and was posthumously awarded the Navy Cross for his actions that day, making him the only enlisted Marine to earn both awards during the war.

And this other guy

Though only 21 years old when the war ended, Audie Murphy was the most decorated American soldier of World War II, and he went on to become a fucking movie star. It would take a book to sum up all of Murphy’s accomplishments (note, there is a book), but instead, let’s just bask in the glow of all that chest candy and that glorious ‘do.

Pretty much every Marine and soldier on Guadalcanal

Yeah, just look at these dirt bags, they’re probably getting ready to surrender… oh wait, no, they’re just enjoying the fact that the sky isn’t exploding with incoming artillery fire, as they prepare to continue fighting off a massive enemy force with virtually no support, and a broken supply chain over the next several months.

Within the Army’s 506th Parachute Infantry Regiment, 101st Airborne Division, the so-called “Filthy Thirteen” had a reputation for giving zero fucks about grooming standards and haircut regs (see above), but it really didn’t matter because they could do their jobs. And that job involved being a badass group of saboteurs who dropped into Normandy to blow up bridges and prevent the Germans from sending additional reinforcements, as well as running a few recon missions elsewhere in France during the Battle of the Bulge.

Correct me if I’m wrong, but I’m not seeing an abundance of regulation haircuts in this photo. This must not be a picture of the Easy Company of Band of Brothers fame that jumped into Normandy, fought its way through France, survived ferocious combat during the Battle of the Bulge, and then finished the war off by drinking Hitler’s personal wine store while sitting atop the Eagles Nest. Oh wait, it is.

And so, so, so many more

These dirtbags at Iwo Jima didn't get the message pic.twitter.com/kcHjpOjDDF