‘Irresistible,’ a new comedy about politicizing military service, might be exactly what we need right now

The upcoming political comedy Irresistible, written and directed by Jon Stewart and starring Steve Carell, takes aim at the tried, tested (and frankly, tired) political strategy of grabbing the nearest veteran and pushing them to run for office 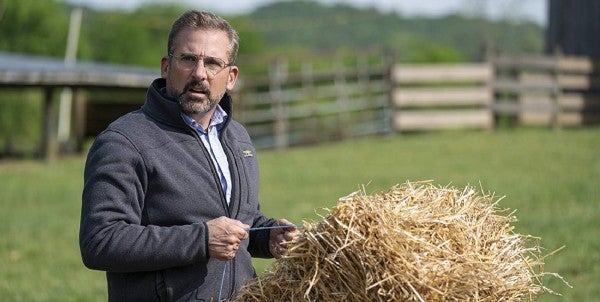 The upcoming political comedy Irresistible, written and directed by Jon Stewart and starring Steve Carell, takes aim at the tried, tested (and frankly, tired) political strategy of grabbing the nearest veteran and pushing them to run for office.

In Irresistible, Carell stars as Gary Zimmer, a Democratic political operator who sees retired Marine Col. Jack Hastings (Chris Cooper) as his party's chance to get a foothold in an upcoming Wisconsin election.

The decision to enlist Hastings in this role seems to be made entirely without his input: he's basically focus-grouped as a winning candidate, a decorated veteran who looks like “John Wayne and a tractor had a baby,” Zimmer says in the movie trailer.

While Irresistible is likely to hit on some broader issues facing American politics today — the distortion of truth, pandering, big money and special interest groups, etc. — I'm mostly excited to finally see someone poke fun at how overplayed the “vet card” has become.

In our highly divisive political landscape, conventional wisdom argues that there's one surefire way to draw in voters from both sides of the aisle: Be a veteran. (Extra points if you've served overseas.)

Sure, sometimes it's earnest, after all, there are a number of qualities that former service members take with them from their time in uniform: a sense of duty; an understanding of the costs of war that comes from first-hand experience; a code of ethics or a set of core values; and a graduate-level education in how to properly clean your room and make a bed.

Other times, though, it feels a bit like a ploy, a way to prop up a potentially unqualified candidate by borrowing some much-needed credibility from the U.S. military, one of the few institutions that has the trust of a vast majority of Americans.

There's an easy format to it, too: You're new to national politics and want to show you're tough enough to handle the job? Tell some war stories, and be sure to preface your campaign goals with “as a veteran.” You're a dark horse candidate trying to nab the seat of a career politician? Grab everyone's attention by posing with a Hellfire Missile, or promising voters you'll “fire away” at corruption, before literally firing off hundreds of rounds with a minigun for no apparent reason.

It's worth noting that none of the above examples were pulled from the trailer for Irresistible, but actually happened during real-life political campaigns. Based on the trailer, however, I'm holding out hope that the movie will have fun making fun of that trend when it hits theaters on May 29, 2020.