When Netflix's 'Love, Death & Robots' premiered on March 15, it wasn't high on my list of military shows to watch, but it is now. 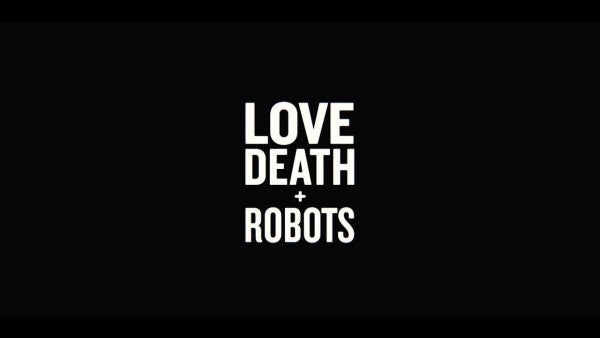 Netflix's new science fiction animated series, Love, Death & Robots, wasn't at the top of my list of military shows to check out when it premiered on March 15. But after watching most of the series' 18 episodes, I feel like it belongs on there now. Why? Because it has superstitious space Marines, and MARPAT-wearing werewolves in Afghanistan.

The anthology is a collection of sci-fi shorts similar to The Animatrix, or Black Mirror, with a mostly dark tone, but depending on which episode you watch, there's a healthy dose of humor tossed in (like the eight-minute short that shows all the different ways Adolf Hitler dies in alternate realities.) The two standouts, for me at least, were Shape-Shifters, and Lucky 13.

Set in an alternate reality, Shape-Shifters follows two Marines deployed to Afghanistan. They patrol arid roads searching for IEDs with their feet, take shit from SNCOs at the chow hall, and question why the hell they're even out in the desert in the first place. But these jarheads are different from their peers in one key way: They're werewolves.

They're not particularly welcome by their fellow Marines, who pejoratively call them “dog soldiers,” “animals,” and “unnatural,” even as the humans rely on them to sniff out bombs and spot enemies. However, as the main character points out: “I can stalk my prey by scent alone. I can run for miles while you need to ride in a stinking Humvee all day. I can see clearly on a moonless night while you cling to your flashlight as soon as the sun goes down. You ask me, there's not much natural in that.”

Unfortunately for these literal devil dogs, they're not the only predators roaming the desert. You guessed it: the Taliban has werewolves, too.

In Lucky 13, we follow Lt. Colby, a rookie pilot in some futuristic space-faring Marine Corps who gets assigned to fly a dropship with the ominous name Lucky 13, and the equally dubious serial number 13-02313, which not only “started and ended in 13, but adds up to 13,” Colby remarks at the episode's start.

For its part, Lucky 13 lives up to the superstitious hype: Its last two crews died, while the ship remained intact, a miraculous (or sinister) feat, depending on which way you look at it. Whether or not Lucky 13's unlucky streak will hold is something you'll just have to find out by watching.

The series as a whole is a great distraction if you've got a few minutes free on your lunch break, and I'd certainly recommend it if you want to see a bunch of wolf-men go to war, or watch space Marines duke it out on alien worlds as dropships and fighters clobber each other in the sky above.

SEE ALSO: 'Triple Frontier' is a solid and entertaining heist movie with a pessimistic post-9/11 feel