This video is making our hearts explode. 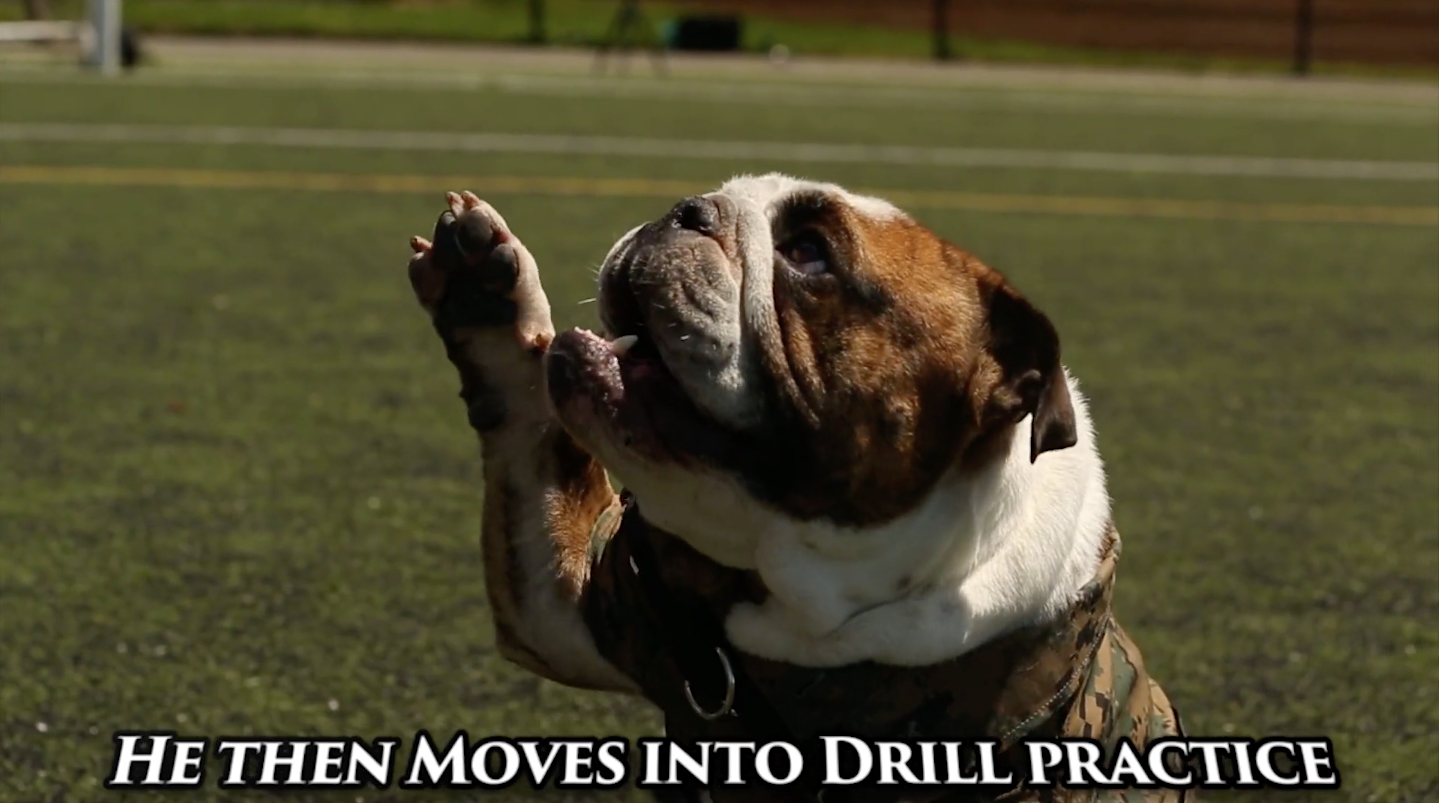 When Marine Barracks Washington D.C. announced it would be postponing parade season in the face of the novel coronavirus (COVID-19), my immediate thought was, obviously, “What about Chesty?!”

Parade season, which includes a weekly Friday evening parade throughout the summer, is Marine Corps mascot Lance Cpl. Chesty XV's time to shine. The very good boy and beloved Marine is a major highlight of the events, receiving an official introduction and even starting rehearsals the day before for his big Friday night debut.

So with parade season pushed back, clearly I had some concerns: How is Chesty doing? Is he quarantining? Is he missing his fans? Does he have enough toys?!

Chesty is no doubt eagerly awaiting his chance to shine in the spotlight once again; as one of his handlers told me last summer, Chesty can “be a bit of a diva” and thrives on attention.

But until then, he'll continue doing what he does best: making our hearts explode one adorable little salute at a time. And maybe someday, he'll finally get a hang of the whole face mask thing.